So far, things have been suspiciously quiet around Wolfenstein: Youngblood, the spin-off to the FPS series created by Swedish developer MachineGames - apart from the recent trailer and release date, the devs were not very outspoken about their latest project. This state of affairs was changed by the AMA session with developers held yesterday on Reddit, thanks to which we learned about the campaign's length and the cooperation mode. 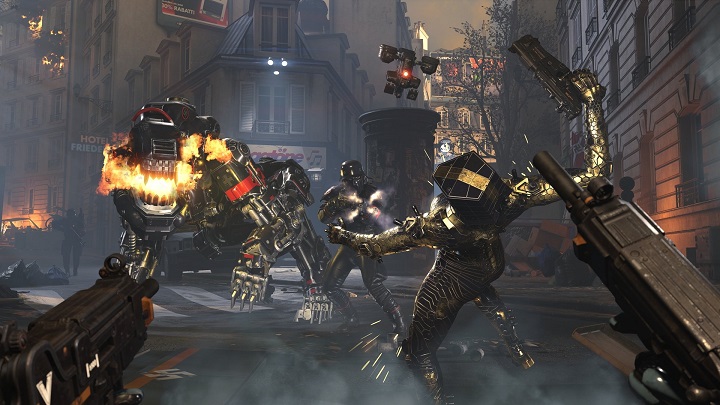 Due to its cooperative nature, Wolfenstein: Youngblood will be governed by different narrative rules. 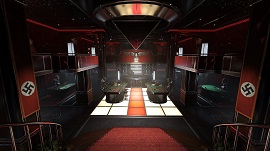 Interesting news for FPS fans will surely be MachineGames' assurances about its love of Wolfenstein: Enemy Territory - a free multiplayer shooter from 2003. Developers from Swedish studio have even announced that they would be happy to try their hand with the successor to Enemy Territory if they were given the opportunity to do so. Who knows - maybe after Wolfenstein III?

The good news is, first and foremost, that we are assured of how much content Youngblood will offer us. The title is not a full-fledged continuation of the second Wolfenstein and therefore plays the role of a guinea pig in experiments with game and script design.

So it seems that after The New Colossus, which was criticized for focusing too much on narration through interludes, Swedish studio decided to create a project, whose mainstay will be the gameplay. We're not going to complain about it, that's for sure. 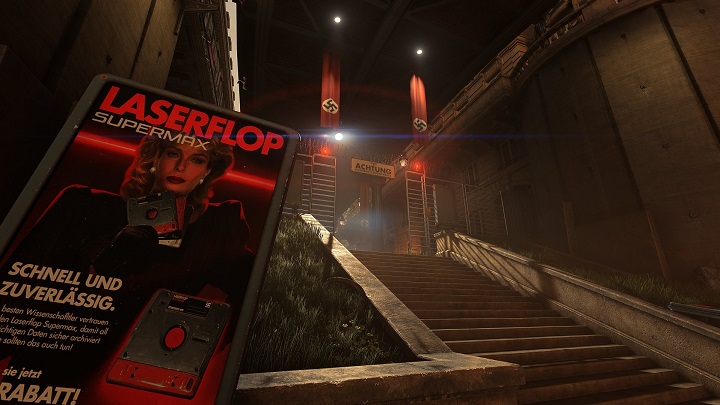 After the experimental Youngblood, Swedish MachineGames will create a full-fledged third installment of Wolfenstein.

Developers also confirmed that Wolfenstein: Youngblood will lack cross-platform gameplay. The devs are still considering the option of including cross-play for Steam and Bethesda's launcher on the PC, but at the same time, they have dispelled doubts as to whether their game will not be a temporary exclusive title in Epic Games Store. The members of MachineGames also explained that Youngblood, although a highly cooperative title, will also be playable solo, in which case our companion will be replaced by artificial intelligence. However, if we decide to play with someone who will not be matched with our skills, each person will be able to choose their own level of difficulty. Both protagonists will also receive a set of "shared lives", and additional "hearts" will be found, for example by exploring stages. According to the developers, such solutions are to create the atmosphere of a truly old-school FPS.

To see how this experimental approach to storytelling and gameplay will work out in practice, we will have to wait a little longer. The game will hit the stores on July 26, on PC, PlayStation 4, Xbox One and Nintendo Switch. Fans should not worry about the future of the series- Youngblood is only a spin-off, but as the publisher, Bethesda Softworks, assures a full-fledged third part of Wolfenstein will also be created.