Last Monday we could admire Henry Cavill as Geralt in the official photo from the second season of Netflix's The Witcher. Yesterday a photo of Freya Allan as Ciri was published. Today it's time for Yennefer. Above is a small foretaste of how the sorceress portrayed by British actress Anya Chalotra will look like in the upcoming episodes of the show based on Sapkowski's prose.

Below, you can see Yennefer, her hands shackled, most probably with handcuffs made of Dimeritium. We could see the heroine in captivity in the photos from the set, which were released in February. 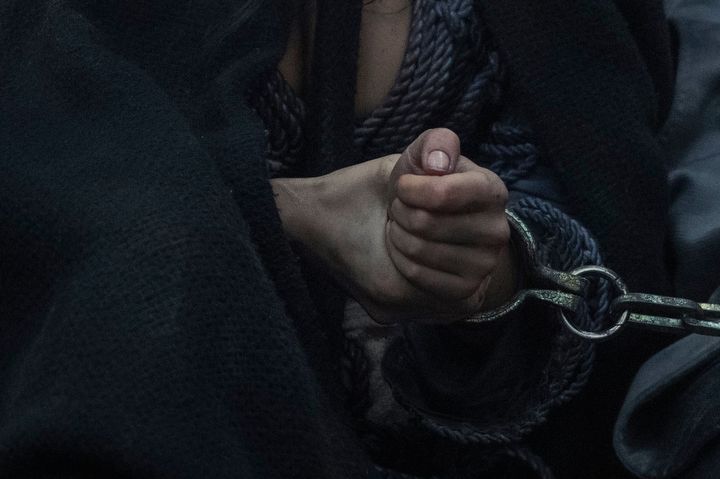 We would like to remind that work on the second season of Yhe Witcher, with official description of the plot available here, was resumed at the end of August after a few months' break due to the coronavirus pandemic. Unfortunately, so far we do not know when the new episodes of the series will air on Netflix.