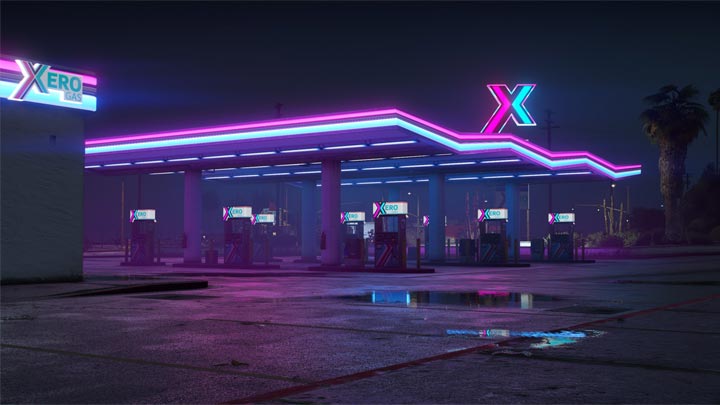 NaturalVision Evolved (NVE) is a mod for Grand Theft Auto V, created by Razed Mods. If you will this mod enjoyable please consider supporting it’s creators through Patreon. We also recommend visiting the official YouTube channel.

NaturalVision Evolved (NVE) is a work-in-progress visual overhaul mod that is currently in the early access stage. Numerous changes were made to the environmental weathers, lighting system, ambient colors, tonemapping, world textures, building models, props, vegetation and much more in order to blur the line between fantasy and reality.

The goal was to try and make GTAV look visually similar to Southern California in real life. In order to achieve this, research on the Los Angeles (Los Santos) and Salton Sea (Sandy Shores) regions was conducted using hundreds of photos and hours upon hours of video footage. All of this was necessary in an attempt to produce the most realistic visual experience currently possible with GTAV's limited game engine.

NaturalVision Evolved relies on ENB in order to apply custom shaders to the game, along with other effects such as Screen-space Global Illumination, Skylighting, Rain reflections, Volumetric clouds and more. NVE does not use ReShade and it is not recommended you use it either.

Some of these ENB effects can be taxing on hardware, thus a performance friendly version of ENB is included (Low Settings Preset) to allow for players to enjoy a framerate boost at the cost of missing features and effects.

There are plenty of other optional add-ons included as well, such as a roads overhaul pack, custom vehicles, motion blur enhancer, LSPDFR related enhancements, seasonal content packs and much more. This gives users the ability to customize the game to their liking.