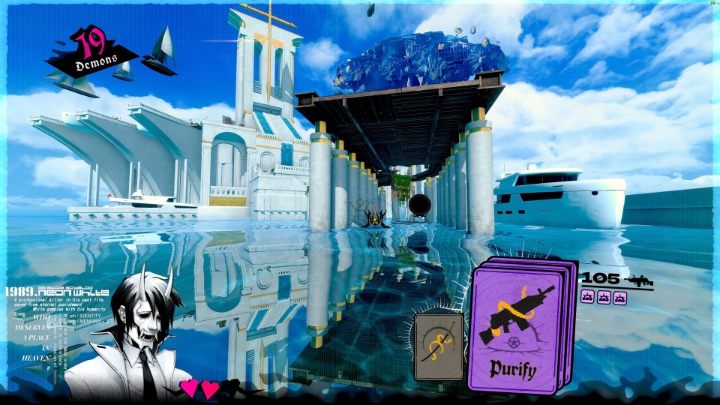 Neon White is the game of the creator who previously worked on such titles as What Remains of Edith Finch or The Unfinished Swan. So, it's not a big surprise that his latest work receives such high ratings, although it's a game of a completely different genre. Neon White looks like a combination of a dynamic FPS, like Doom Eternal, with a card game – because cards are quite important during combat. In addition, everything was served with specific, cartoon graphics that perfectly combine elegant style with clear simplicity.

We play the role of the titular Neon – a sinner who, instead of going to hell, got a shot at salvation – only thing he has to do is win the annual demon slaughtering tournament. Out of necessity, he becomes a merc accepting orders from angels and enters the competition for a valuable prize. Neon White combines all the essential features of a blockbuster game – it impresses visually and musically, has a gripping, original storyline and engaging, dynamic gameplay. It's easy to learn, hard to master, and has great level designs. Some will have to turn a blind eye to the manga vibes, but even the greatest opponents of anime should let themselves be drawn into extremely spectacular battles with demons.