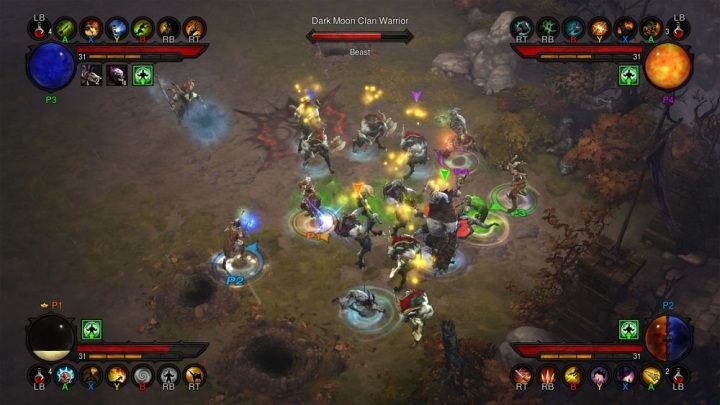 Co-op type: a single-player campaign to which up to three people can freely join

The third installment of Diablo did not get as much recognition as its predecessor, mainly due to the not-so-successful launch and the long road that the title had to take before Blizzard finally managed to get over all the troubles and create a game that satisfied hack'n'slash fans. And even then, there was still no shortage of voices claiming it was no longer the same as the iconic Diablo II.

These problems, however, were mainly related to the PC version. On consoles, Diablo III received better reviews. The game appeared on them several years later, and thus immediately with many improvements (and an official expansion in the kit). Console gamers also did not compare the third installment to its predecessor, which the console missed, and Blizzard modified the controls quite curiously, adapting them to the controller, which added a sense of freshness. The mainstay of the console editions of Diablo III, which PC players can envy to this day, is the local cooperation mode.

Up to four players can join forces to work their way through legions of undead, demons and monsters en route to the eponymous Lord Of Horror and his most powerful allies. Additional fun participants are free to join and leave the game, so we do not need a full set constantly to be able to progress, gain experience or collect additional tons of iron from Knocked Out Monsters – and all these activities are much more enjoyable in a team than alone.