Although this year was abundant in titles that were good, very good, or even great, it lacked a grand launch that would outclass the competition, something like what Red Dead Redemption II was to 2018. Because of that, an attempt to select the best games of the past 12 months, not to mention choosing the best, one and only, in the bunch, has become somewhat tricky. We’ve ventured to do so nevertheless, and here’s the list of best games of 2019, according to the editorial team of Gamepressure.com.

How did we make our ranking?

Editors and associates of Gamepressure.com had to choose their top 5 games of the year by rating them with points, the best would get 5 points, second best 4, and so on. Then, we’ve summed up the points and listed 15 titles that achieved the best results – you will find them below. While we won’t reveal the exact scores, we may note that the first and second best position in the ranking were way ahead of the rest, and the score difference between them was almost non-existent. 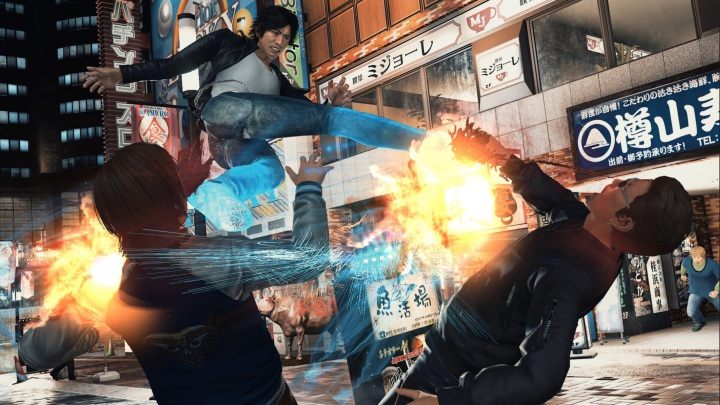 Judgement is a Yakuza spin-off that didn’t quite had its own identity nailed down. On one hand, the game tried to distance itself from the original by focusing on a completely new roster of distinctive characters and shifting the plot’s center of mass from gangster story to a private investigation. Not to mention things like adding a bunch of new gameplay mechanics in place of some of the franchise’s iconic mini-games, such as Karaoke.

On the other hand, there was no denying that all these changes turned out to be cosmetic and underneath them we had the good, old Yakuza – set in the same place (the fans know Tokyo’s fictional district Kamurocho like the back of their hand at this point), using the same characteristic narration or deriving its gameplay from the same mix of street fights and killing time in weird mini-games. To be honest, in the context of the revolution announced in Yakuza 7, Judgment seems to be closer to the roots of the series than the upcoming next major installment.

Not that it’s a problem, because the “spine” of the franchise remains great, and every return to Kamurocho to watch how this district changes over the years is pure pleasure. Yagami's adventures are no worse than Kiryu's exploits, and thanks to the game focusing on a more down-to-earth intrigue I would even go as far as to say that they are more engaging than the slightly exaggerated events presented in Yakuza 6. Wiping the floor with someone as entertaining as it used to be, and a handful of fresh mini-games, including those featured in the main storyline, makes the fun a bit more interesting. For fans of the series it's another great adventure in Kamurocho, and for those who want to try what this whole thing is all about it us a very good entry point, not burdened with the need to navigate Kiryu's complicated past. They could have kept the Karaoke though...