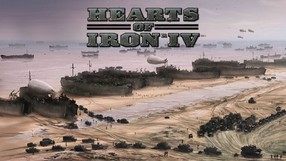 The fourth major installment in a series of larg-scale strategy games, which originated in 2002 as a spin-off to the popular Europa Universalis series. Both franchises are consistently developed by Paradox Interactive. The game lets you take the lead of a country from the World War II period and beyond, specifically the years 1936-1948. Your responsibilities involve taking care of international relations and building alliances, but also developing the army, choosing the right strategy, and conducting the military operations. As it was in the previous editions of the series, the game combines faithfully recreated historical events (including authentic leaders, as well as military forces and technologies used by particular countries, along with the possibility of putting the history on a different course. As compared with the previous games, micromanagement was slightly reduced, and the focus shifted to larg-scale strategy. Other additions include the day and night cycle and changing seasons, as well as an option of grouping provinces into regions to facilitate management. 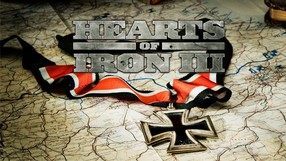 Another installment in the popular historical strategy games franchise by Paradox Interactive, taking players back in time into the period of the bloodiest conflict in history  World War Two. As the player, your task is to come into power in your country of choice  either one of the superpowers of the time, or a militarily weaker country  and lead it through the global conflict. The plot of Hearts of Iron spans from 1936 to 1948, so you can choose to prepare for the inevitable war first. The creators have taken historical accuracy seriously, thanks to which you witness many events that really took place, although much still depends on your actions. The third instalment of the franchise features a huge world map, divided into around ten thousand provinces. In Hearts of Iron III, you can meticulously manage economic and military factors, although the less experienced players may just limit themselves to issuing general commands. It's the first title in the series to feature 3D graphics and customizable resolution options.

Complete set consisting of four products. These are primarily the first two parts of the "Hearts of Iron" series. In addition, we can count on a stand-alone add-on "Doomsday" and booster pack "Armageddon".

Hearts of Iron 2: Gold Edition is a special edition of Paradox Interactive's popular real-time war strategy (RTS). The package includes the base game and the official Hearts of Iron 2: Doomsday extension. Thanks to the efforts of the local distributor - Cenega Poland - both titles have been prepared in the Polish language version.

A sequel to the well-received grand strategy game set during World War II, developed by Paradox Interactive. Hearts of Iron 2 spans the entire world and requires us to oversee not only military activities but also all kinds of economic, political, and social dependencies. The player can lead any country, including the biggest superpowers of the era, such as Germany, Great Britain, and the Soviet Union. Hearts of Iron 2 offers great freedom in preparations for the outbreak of the World War II. The general premise of the gameplay recreates the solutions of the game's predecessor, but the sequel features many novelties, including additional diplomatic and political options (for example, you can check what would happen if Marxist ideas were introduced in Germany), an open negotiation system, trade agreements, or experience acquisition for military units. Historical scenarios that let us see the conflict through the eyes of a famous commander were also enhanced.

A real-time strategy game set in the times of the World War II, developed by Paradox Interactive. The production shows military and political events that took place in years 1937 to 1946 in the global scale. The map spans the entire world, and the players have complete freedom in choosing the nation they will lead. We conduct warfare even in areas which historically werent touched by the World War II. The gameplay is enriched by an advanced system of weapon and unit development and a political system with historical commanders and leaders (the title shows the confrontation of three ideologies: fascism, communism, and democracy). There are over 100 land, sea, and air units at players disposal. The production comes with a scenario editor that lets us design our own campaigns. Apart from solo play, Hearts of Iron features a multiplayer mode.