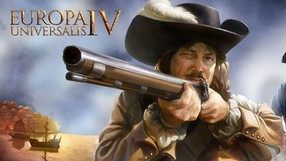 The fourth installment in a highly popular strategic game franchise - Europa Universalis. The title was developed by Paradox Development Studio. In accordance with the tradition of the series, Europa Universalis IV lets you command and develop a chosen nation over the course of several centuries. This time the historical framework spans from 11 November 1444 to 2 January 1821. The gameplay is based on classic solutions of the 4X genre (explore, expand, exploit, and exterminate). The player has to manage his provinces, develop new technologies, command armies, and conduct diplomacy. Apart from AI enemies the game offers online multiplayer for up to 32 people.

A strategy game developed by Crystal Empire Games, based on AGCEEP (Alternative Grand Campaign / Event Exchange Project)  a fan modification for Europa Universalis II. For the Glory offers the ability to take the reins of one of over 180 countries, and control it over the span of 400 years (from 1419 to 1820). During the gameplay, we assume control over every aspect of our country, including internal and foreign politics, economy, diplomacy, or military conflicts. The game offers full freedom to achieve your goal  we can decide to focus on trade and economic growth or expansion and warmongering diplomacy. Compared to the original game, the described title introduces, among others, improved user interface, and a vast number of technical fixes, as well as new campaigns and around 10 thousand authentic historical events that increase the realism of the gameplay even more. 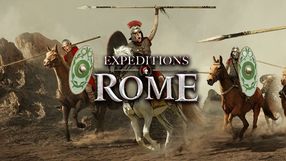 A spin-off of the popular Europa Universalis series, based on the engine and mechanics from the third installment, released in 2007. In contrast to every previous installment, Europa Universalis: Rome takes us to Antiquity, concentrating on the Roman Empire from 280 B.C. to 27 B.C.  from the First Punic War up to the birth of the grand Roman Empire. When it comes to mechanics, the gameplay isnt at all different from what we could've seen in the other major entries of the series. During the game, we assume control of a chosen faction, taking care of its culture, religion, treasury, military forces, technological advancement, or diplomatic contacts. There are 50 playable factions at the players disposal, belonging to one of nine great cultures of that time, including Celts, Goths, Egyptians, and Romans. As a trademark of the series, each nations unique traits were carefully recreated, including historical dependencies that influence the events in the Antique world.

The third major installment of the popular strategy game series that is being developed by Paradox Entertainment since 2001. The action of Europa Universalis III takes us to the middle of the 15th century and lets us control the development of a chosen nation throughout the period of around 350 years. The gameplay mechanics do not significantly deviate from the solutions known from the previous installments of the series. While playing, we are responsible for such aspects of a states functioning as the diplomacy, trade, economy, religion, and military. There are over 250 playable nation at players disposal and the fun takes place on a map consisting of over 1700 provinces and sea zones located on all continents. The title is traditionally set in historical setting and faithfully recreates the differences between nations or the historical development of science and technology. Among the minor novelties, the most noteworthy one is the modernized and more user-friendly interface.

Europa Universalis Crown of the North

A spin-off of a series encompassing complex strategy games developed by Paradox. The game utilizes an engine that was used previously in the production of Europa Universalis II. Contrary to its incredibly extensive predecessor that recreated 400 years of history as recorded by 180 real-existing countries, Crown of the North focuses on a significantly shorter period (years 1275-1340) and three Scandinavian nations only, including the Swedes, the Danes and the Norwegians. When Europe is ruled by aristocracy and clergy, or when a civil war breaks out in Sweden, the player assumes control of one of six available factions in order to influence the lives of those inhabiting northern parts of the Old Continent. The game offers three new campaigns based on the mechanics used in Europa Universalis II and capable of recreating advanced political, economic, military and trade-related dependencies that could occur in the period. All of this is complemented by an alternative campaign set in Vinland - a region of North America discovered by Vikings.

A sequel to the extensive real-time strategy game by Paradox Interactive that lets us lead the development of the biggest European superpowers throughout hundreds of years. Europa Universalis II is much bigger and spans across not three but four hundred years of global history (1419-1820). Contrary to its predecessor, the sequel lets us lead one of 180 actual countries, including such ones as the Chinese Empire or African tribes. Gameplay-wise, the developers adjusted all key mechanics like economy, politics, and diplomacy to match the global scale and introduced a myriad of enhancements, including a scenario editor. The game map was expanded with 120 new provinces. The role of religion was also recreated in greater detail. The improved graphics faithfully reflect the design and uniqueness of the available nations.

An epic grand strategy game by Paradox Development Studio, the action of which takes place throughout 300 years of turbulent history of the Old Continent  since the Great Discoveries (1492) to the Napoleonic Wars (1792). In Europa Universalis, we can lead one of the superpowers of that time, such as Spain, England, Prussia, France, Portugal, or Poland, and our actions will shape the fate of this country as well as its neighbors. While playing, we have influence over the development of army, economy, and diplomacy, we can also explore new lands, gain resources, and fight or form alliances with other superpowers. The game map consists of more than 700 provinces to conquer or colonize. We will encounter more than 2000 actual personas and historical events. The developers also faithfully recreated the appearance of the military, flags, and heraldry of more than 60 actual countries.