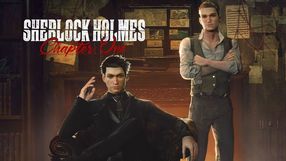 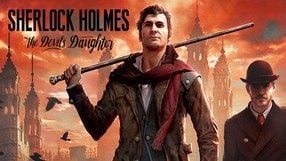 The ninth major installment in the action adventure game series developed by Frogwares, dealing with the exploits of the world most famous sleuth. The plot, as per tradition, takes us to the streets of the Victorian-era London, where Sherlock Holmes and his inseparable companion, Dr. Watson, have to solve five all-new crime puzzles, in which they face, among others, dark family secrets and mysterious cults. In terms of gameplay mechanics, Sherlock Holmes: The Devil's Daughter follows the direction set by three previous installments of the series, combining elements typical to adventure games with sequences characteristic of action games. In accordance with modern standards, the game offers also the option to move freely through the streets of London and a non-linear storyline that changes dynamically depending on the player's choices. The game features visuals created for the next-generation consoles, which makes it the most visually impressive installment in the series so far. 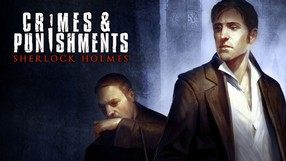 Another installment in the popular series of adventure games developed by Frogwares. A few years age the series became available for console players as well. Once again, the player takes on the role of the most famous detective of all times, Sherlock Holmes, and together they will solve various criminal riddles. The story takes place in the Victorian London well known from previous installments of the series. The protagonist will have six different cases to solve, including murders, kidnappings, and robberies. The gameplay mechanics were slightly changed in comparison to previous installments. Now, the player is frequently required to make tough moral choices that impact both the gameplay and the endings of the game. For the first time in the series, the game uses the advanced Unreal Engine 3 thanks to which it looks much better. 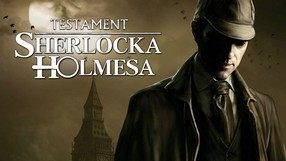