Spin-off of the popular jRPG series by Namco Bandai, designed for mobile devices. Like previous installments of the series, Tales of Luminaria takes us to a fantasy world, which we must save from the coming evil. 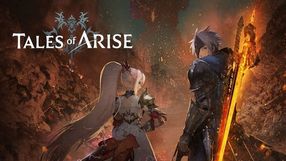 Tales of Crestoria is the next installment of the jRPG game series initiated by the Tales of Phantasia in 1995. It is dedicated to mobile platforms. Studio Bandai Namco is responsible for production. 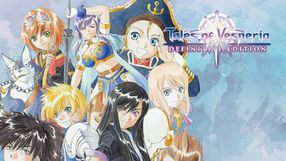 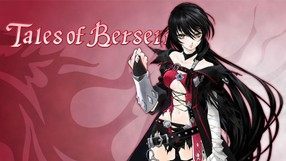 The 16th installment in the popular jRPG series by Bandai Namco, which was originated in 1995 with the release of Tales of Phantasia on SNES. Tales of Berseria is also the first game in the franchise in which the main protagonist is not a male  the player assumes the role of a female character. She is a young pirate named Velvet Crowe, who lives in the fantasy kingdom of Midgand. Interestingly, the location had previously appeared in one of the earlier installments of the series  Tales of Zestiria  but the action of Tales of Berseria takes place much earlier. The Kingdom is composed of a few larger pieces of land and a number of little islands, so traveling through the world often requires sailing. Just like former installments of the Tales series, the title offers a complex combat system based on unique abilities and combos. Players observe the action from the third-person perspective and during fights they can control other members of the team. Tales of Berseria makes use of fully-3D graphics, but the game is still kept in an anime comic book style.

A compilation of three Tales of games, including Tales of Symphonia, Tales of Symphonia: Dawn of the New World and Tales of Graces F. The compilation was created by Bandai Namco, the developers of all the installments in the series. The saga is very popular not only in Japan. Two of the aforementioned productions are famous mostly thanks to their plot that makes them one of the best-scored installments in the series. Tales of Graces F was initially released in 2010 and was an expanded port of Tales of Graces that debuted year earlier on Nintendo Wii. This title is characterized by its complex and interesting combat system that utilizes the best solutions from all previous entries in the series. In comparison to the original titles, the new games have higher quality graphics. 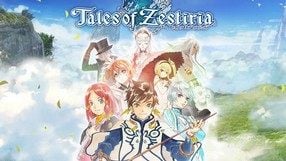 The fifteenth installment in the Tales series, released for the 20th anniversary of the RPG franchise by Bandai Namco. The game is set in the land of Glenwood, and you, together with new heroes, including Sorey the future Shepherd (a mythical warrior), have to rid the land of a powerful plague, which makes mortals lose their faith in good. The gameplay in Tales of Zestiria consists mostly of exploration (for the first time in the series' history, the game features an open world), developing your party, completing quests, and combat. Tales of Zestiria features a new version of the series' distinct arcade-like combat system, and one of the biggest changes is that the battles take place on the maps you explore. The stylized 3D visuals are of high quality, especially the designs by the series' original creators: Mutsumi Inomata, Kosuke Fujishima, Daigo Okumura and Minoru Iwamoto.

Tales of the World: Reve Unitia

Turn-based RPG strategy, whose heroes are characters known from countless parts of the Tales of series, one of the most famous and age-old jRPG cycles. The action of the game takes place in a completely new fantasy world known as Revalia. During the adventure, players control a group of heroes who gain experience and new skills with the game.

Tales of Xillia 2 is the fourteenth edition of the jRPG series by Namco Tales, a development studio, set one year after the events presented in the original Tales of Xillia. The game offers an extensive storyline, and its course largely depends on our decisions. Battles are played in real time and emphasize not only the skills of the hero, but also the dexterity of the player himself.

Tales of Xillia is the thirteenth installment of the popular jRPG series, which was created to celebrate fifteen years of the brand's existence. For the first time, players have a chance to choose two protagonists from whose perspective they will observe the course of history. The production also introduces a number of smaller and larger novelties, touching practically all the elements of the game.

Tales of the Abyss 3D

Tales of the Abyss 3D is a conversion of a hit known to PlayStation 2 owners, prepared by Namco Tales Studio developers. The game is a typical jRPG production. Players direct the actions of the prince suffering from amnesia - Luke, who, together with a mysterious woman named Tear, found himself in the territory of an enemy state. The title uses the capabilities of the three-dimensional display built into the Nintendo 3DS console.

Tales of the World: Radiant Mythology 3

Radiant Mythology 3 is the third part of the series collecting heroes from all of the other games of Tales of the World in the title, creating a giant crossover of more than eighty heroes.

Tales of VS is a 2D anime style fight produced by Namco. The action of the game was set in the fantastic world of Dailantia. The player takes on the role of a warrior and participates in the Yggdrasill Battle tournament, where the main prize is the precious fruit from the World Tree. There are 35 heroes to choose from, each of which has unique special blows and combinations.

Tales of the World: Radiant Mythology 2

The second part of Radiant Mythology is also the fifth installment of the jRPG series of games from the Tales of the World series, popular especially in Japan.

Tales of Symphonia: Dawn of the New World

Sequel game Tales of Symphonia, whose action begins two years after the end of the original story. Production is a classic representative of jRPG species.

Tales of the World: Radiant Mythology

Tales of the World: Radiant Mythology is a jRPG production, a spin-off of a best-selling series that dates back to 1995. This item draws on the earlier titles of the saga.

Tales of the Tempest

Tales of Tempest is the first game from the famous Tales of... prepared by Namco for the Nintendo DS portable console. It belongs to the Japanese variety of the RPG species.

Tales of the Abyss

Tales of the Abyss is a cRPG game created by Namco's Japanese branch called Team Symphonia. The title, like most productions from the Land of the Cherry Blossom, combines elements of fairy tales and manga - a far-eastern variety of comics.

Tales of Phantasia is the first in a series of RPG games, Tales of ..., signed by Namco. The player takes on the role of Cless Alvein, a seventeen-year-old sword adept on a journey through time and space to find out who is behind the destruction of his village and his loved ones.

Tales of Eternia Online is a Japanese MMORPG, created by a duo of Namco/Dwango companies. It is based on the extremely popular in Japan world of games from the Tales Of series, namely the second part of Tales of Destiny.

Tales of Legendia is a jRPG game, produced by Namco's development team. The main characters, Senel and Shirley, are siblings who accidentally board a giant island ship, The Legacy. The combat mechanics used in the game is based on the X-LiMBS (Crossover Linear Motion Battle System).