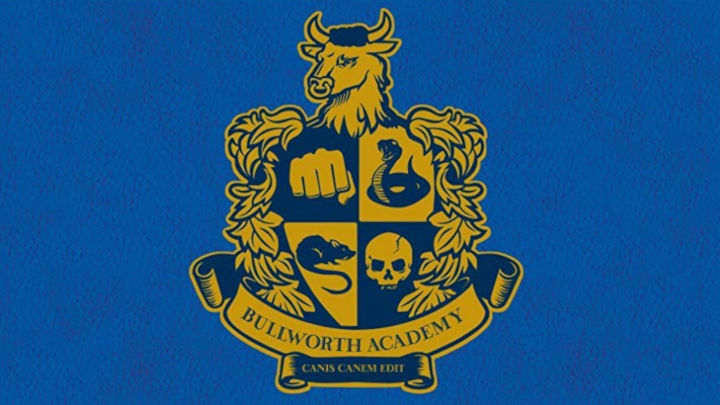 The coat of arms of the Bullworth Academy, where the action of Bully took place.

A week ago Grand Theft Auto Online received a major update introducing the Diamond Casino & Resort to the game. Apart from the casino, which is very limited in many countries, the building has special apartments for VIPs, which can be rented out and then modified, e.g. by purchasing valuable works of art. Among the paintings available for purchase, players quickly spotted a picture directly related to the Bully.

Mathew Morse's Canis Canem Edit depicts four symbols in the coat of arms of the fictional Bullworth Academy (the setting of Bully): a clenched fist, a snake, a skull and a rat. The painting is maintained in the same blue-golden colours as the shield of the coat of arms, and the name of the painting Canis Canem Edit (Latin for "dog eat dog") is at the same time the European title of the game on PlayStation 2.

The fact that Rockstar plans to continue the Bully series has been talked about for a long time now. Last year, London's Pinewood Studios was looking for actors for a new game that matched the description of Bully 2. Whether the easter egg heralds an imminent announcement of the title or just a tribute to the game from the previous decade - we don't know. Rockstar Games has already tried to bring the cycle back to life once many years ago, but the project has been cancelled.