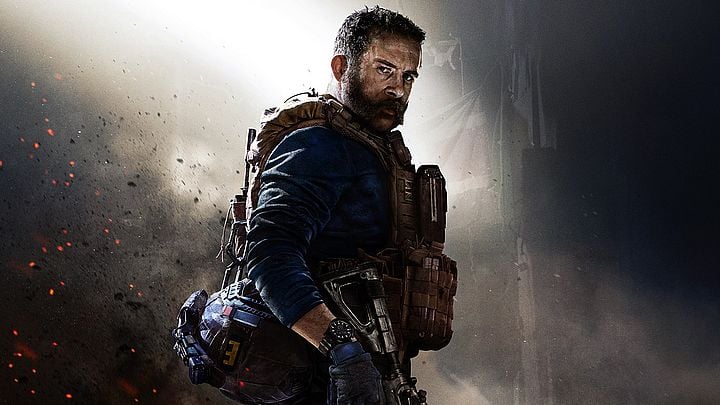 Call of Duty: Modern Warfare is unbeatable. At least in terms of sales.

Activision has good reasons to be happy. Just over two weeks ago, the company boasted that Call of Duty: Modern Warfare is the best-selling premium game (i.e. one that costs $60 or more on launch) in 2019. A few days ago, we learned that according to the NPD report, the game dominates the sales lists in the USA. On the same day, results from the EMEAA region (Europe, Middle East, Africa and Asia) were published. And as you can easily guess, also Europe had to submit to the rule of CoD.

The EMEAA sales report covers the week ending on November 10, this year. Activision's game has been at the top of the list for three weeks straight. After what the introduction, many of you must be thinking: "Yeah, and? Where's the real news?" But let's remind, that in the recent years other highly anticipated titles have appeared on the market - with Death Stranding (releasing on November 8) at the forefront. It turns out, that even Hideo Kojima did not have enough power to surpass Call of Duty: Modern Warfare. Need for Speed: Heat also failed to do so. The racing game from EA took third place in the ranking.

Who knows, maybe Death Stranding will dethrone the current leader in the next rating. In the meantime, take a look at the list of EMEAA's best-selling games:

FIFA 20 and the immortal GTA V are still high in the ranking. It may be surprising, that the top ten did not include Red Dead Redemption 2, which was released on PC on November 5. Ghost Recon: Breakpoint (25th place) and The Outer Worlds (24th place) left the top ten. Do you think that this year there will be a title that will take the sales lists by storm (like the aforementioned CoD)? My personal bet is on Star Wars Jedi: Fallen Order. The Force is strong in this game, the Star Wars fan community is huge, and if the game sells well, we'll probably get a sequel.