For many players, the completion of Cyberpunk 2077 is a cause for celebration, which is not surprising in the context of huge expectations towards the game. However, their mood was somewhat spoiled by Jason Schreier's reports on crunch at the company. His information triggered a discussion, during which Adrian Chmielarz and representatives of CD Projekt RED took floor, and after talking to the developers, also journalist Liana Ruppert, defended the studio. However, this did not convince Schreier to change his mind, especially in the context of the information he recently obtained. Now, Bloomberg's journalist cited an entry from Reddit by an alleged former employee of CD Projekt RED. The user deleted his account, but you can still read the comment (although it was said to have disappeared from the website for a while).

The user responded in a topic dedicated to one of Jason Schreier's recent posts, in which he also referred to an alleged discussion at CD Projekt RED about crunch. The journalist was supposed to communicate with the studio staff, who claimed that nothing of the kind happened. The alleged ex-developer confirmed this information and added that not only was there no discussion about it, but the bosses failed to inform the employees about anything at all. The developers repeatedly learned about many things about the development of Cyberpunk 2077 from social media, including... the release delays and the game going gold. Emails from Adam Kicinski were supposed to have arrived a few hours after public announcements. 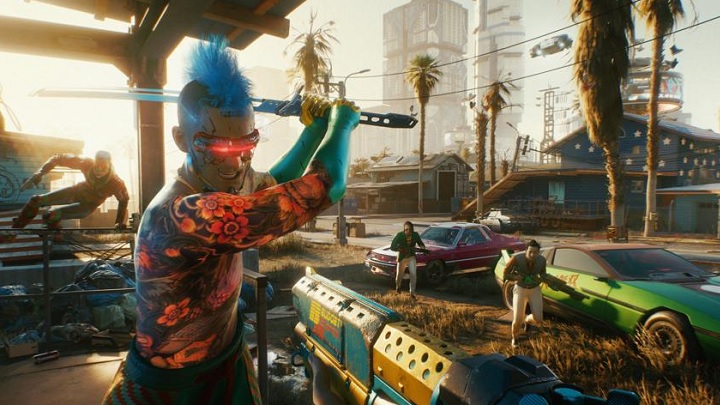 A former CD Projekt RED employee (?) has a lot to complain about.

To make "the whole game from scratch in one year"

Among other information provided by the user there are also mentions of long-term crunch. Some devs were said to have worked 16 hours a day from as early as June 2019, due to the very early stage of development. The author also claims that although the game was already barely out of alpha by then (although not much time had passed since that event), the developers believed that it was impossible to "make the whole game almost from scratch during one year". (unfortunately, there was no wider explanation here). The creators were not surprised, because - as we read - many people were afraid of such a development for a long time after their experience with CD Projekt RED:

"If anything, people have been dreading the inevitable 2 year death march since long before the crunch started because they know it's just how CDP rolls, dick around in pre prod for ages and then rush everyone and work devs to the bone to make up for the time lost, and none of them was looking forward to it."

This kind of overworking by the developers has also not translated, contrary to CD Projekt's assurances, into generous compensation. On the contrary, employees were supposed to get hardly anything, while people in high positions got "hundreds of thousands of zlotys" (dozens of thousands of dollars) in bonuses.

Of course, we are not entirely sure whether the commentator from Reddit was really an employee of the Polish studio. Jason Schreier reports that he managed to contact the author over the phone and confirm his identity. Let's also emphasize that neither Schreier nor any of the journalists accompanying him are calling for a boycott of Cyberpunk 2077. Even if Bloomberg's reports and the commentary from Reddit are true, it's doubtful that the devs would appreciate the "sacrifice" in the form of us not buying the work, on which, if we believe these reports, they worked more than they wanted to. Cyberpunk 2077 will debut on November 19 on PC, PlayStation 4, Xbox One, PlayStation 5 and Xbox Series X/S. Ninth-generation platforms will also receive dedicated game updates, with the larger one scheduled for 2021.