The ResetEra forum features an extensive post, the author of which, one MauroNL, is carefully analysing the console version of the Xbox Game Pass service (as its PC equivalent has not yet left the beta-test phase), giving players who pay for the subscription access to a large catalogue of games. Thanks to this we can find out, among other things, how much productions have so far been given into our hands by the Redmond giant, and which companies are most willing to support it in this regard, as well as what months are the best in terms of expanding the catalogue with new items. Let's look at the details. 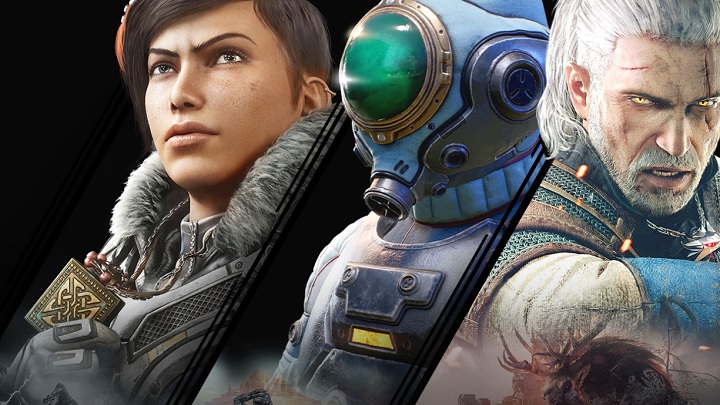 Gears 5, The Outer Worlds and The Witcher 3: Wild Hunt are among the games currently available in Xbox Game Pass subscription.

Let's start with the fact that Xbox Game Pass has been operating since June 1, 2017. Since then, a total of 453 titles have appeared in the service, of which 342 are titles for Xbox One, 107 are items from Xbox 360, and 4 - classics from the first generation of Microsoft's console (as of February 16, 2020). Although over time some games appear in Game Pass and others disappear from it, the chart below perfectly shows that the number of items that can be checked by subscribers is almost constantly growing (the second quarter of 2018 and the third quarter of 2019 are the only worse periods in its history to date). As a fun fact it should be added that so far 47 productions have been included in the Xbox Game Pass offer on the day of their release. 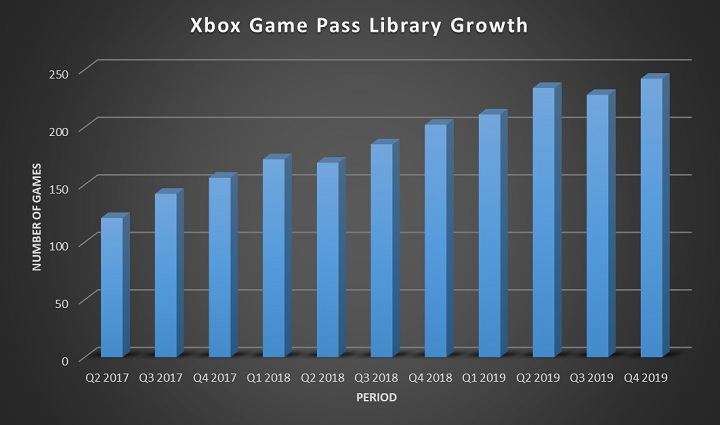 Development of the game library available in Xbox Game Pass over the subsequent quarters (source: ResetEra).

Before we move on to discussing how long most games remain in the Xbox Game Pass library, let's give some space to their publishers. Among them, Microsoft is the undisputed leader with 68 productions provided to subscribers. Second place is occupied by Capcom with 29 titles, and third place by Deep Silver with 18 positions. Just behind the podium were such companies as Square Enix (16 games), Warner Bros. (15 items), SEGA (14 titles) and Bethesda and Team17 (13 items each). The great absent on the list of publishers supporting Xbox Game Pass include Electronic Arts and Activision Blizzard. Rockstar Games and Ubisoft almost made it to the, but the former provided Grand Theft Auto V, while the latter, Tom Clancy's The Division. 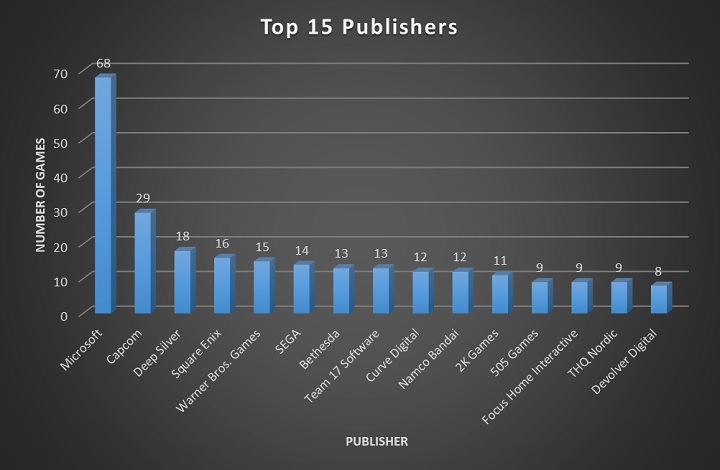 As for the availability of individual titles in the Xbox Game Pass subscription - the vast majority of them are present in the service from 12 to 18 months. So far only a few productions that can be checked out for less than half a year have appeared. As far as the best and worst months for Game Pass subscribers are concerned, so far, on average, May was the month with the highest number of titles disappearing, and June was the richest in new additions. In the remaining months, more items were added to the catalogue than were removed; only in August, more games disappear from the offer than are added to it.

As a fun fact it should be added that although a few games were supposed to disappear from the Xbox Game Pass offer, subscribers of the service can still check them out. The titles in question are Brothers: A Tale of Two Sons, Dead Island: Definitive Edition, Guacamelee! JetPac Refuelled and The Hunter: Call of the Wild. Some productions, on the other hand, have been staying in the Xbox Game Pass library longer than originally planned. Why is this happening? Good question, but without an answer. 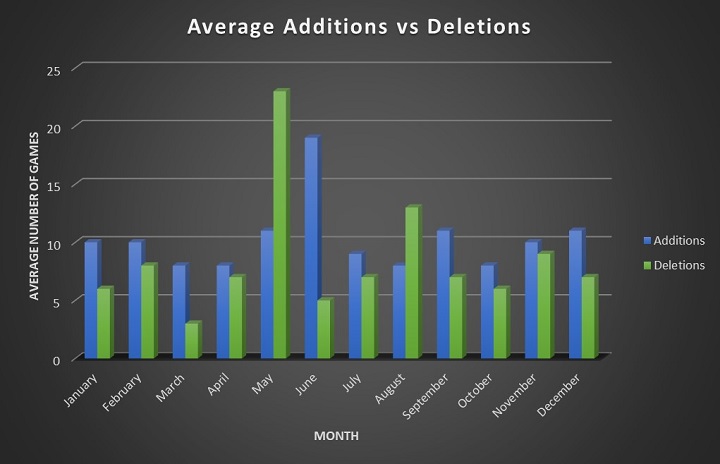 Average number of games added to and removed from the Xbox Game Pass directory over the course of each month (source: ResetEra).

Finally, a word about the platforms. Despite the fact that in the second half of 2017 Xbox 360 games were leading among the productions appearing in Xbox Game Pass, the situation changed dramatically in subsequent periods. Nowadays, games from the previous generation of Microsoft consoles are in clear minority among the novelties in the library.

The Witcher 3 – PS4 and Xbox One Versions Without Cross-save