One of the elements that attract players to Mount & Blade II: Bannerlord, and this RPG/strategy game hybrid series in general, are spectacular battles and sieges, in which we can personally lead our warriors to battle. Sometimes these battles can get really big. Recently we have described a battle in Bannerlord, in which 2500 virtual units took part, which unfortunately had some impact on performance. How about a slightly smaller skirmish, but clearly smoother, and without visual compromises? You can watch it in 4K on the video below.

This video shows the siege battle between Vlandia and Strugia. A total of 2100 virtual warriors took part in the clash. The whole thing was prepared and spectacularly montaged by YouTube user Nedim Can Incebay, who is known for creating similar content, which he records for example in Total War games. How he managed to achieve the effect we see on the recording, you may ask? He needed a few mods for that. First of all, he used Battle Size Unlocker, which enabled him to get around the 500 warriors per army limit. A list of other modifications, together with download links, can be found below: 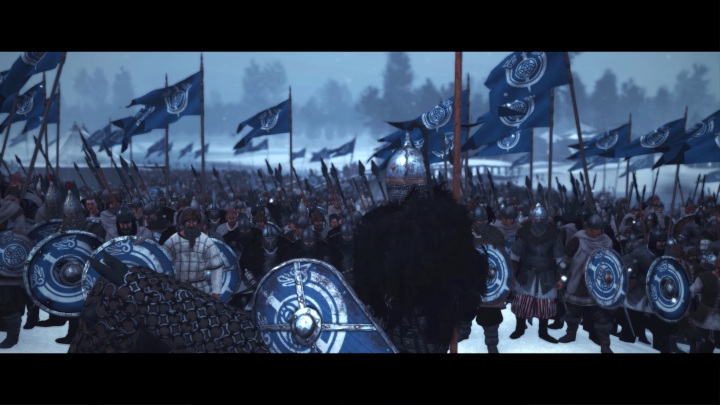 In addition, to further dramatize the battle, Nedim Can Incebay added speeches at its beginning. Total War lovers may remember them, as they come from the second installment of the Rome sub-series. Everything is complemented by music, which mostly comes from Mount & Blade II: Bannerlord.

But the question is, how powerful is Nedim Can Incebay's rig to be able to achieve such effects without drastic fps drops? YouTuber did not reveal the exact configuration, but in response to one of the comments under his earlier film from Mount & Blade II: Bannerlord, who presents a siege of 2,000 warriors, he aswered that the has an AMD Ryzen 7 2700X and Nvidia Geforce RTX 2080.

All the videos from the impressive battles shot in Mount & Blade II: Bannerlord are one of the proofs that the latest production of TaleWorlds has a lot of potential, which will surely be used more and more over time not only by the creators themselves, but also by players and modders. For now, the title is available only on PC in Steam's Early Access. The launch of the full version will most probably take place next year.