TaleWorlds' Mount & Blade II: Bannerlord launched on March 30 and became a flash hit, conquering the hearts of the players and quickly becoming one of the most popular games on Steam. Although there is not much left of the initial popularity, several thousand active users at the same time (at the time of writing the news) and a place among 50 most popular games on Steam can still inspire respect. It's no surprize that many are wondering in what direction the title is heading.

Already on the day of launch, one could find comparisons of mechanics, which, according to the developers' announcements and looking at the history of the series, should be in the game. Recently, Reddit user dropbbbear decided to summarize content from M&B Warband and the Viking Conquest expansion which is currently unavailable in the latest installment of the series. The user is worried that the mechanics will never make it to the latest part, which will negatively affect the atmosphere of the game. Looking at the popularity of his post, one can safely say that he is not alone in his considerations. 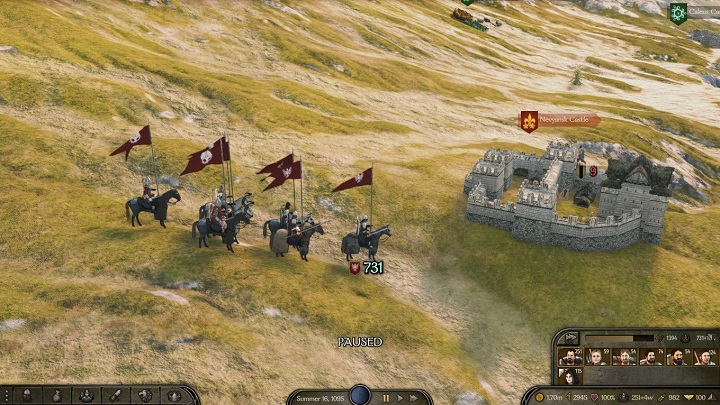 The defenders of the castle have no idea what's coming, neither have we.

Mount & Blade: Warband is a standalone expansion for Mount & Blade. The number of novelties it introduced and the fact that the base game was not required to launch it, meant that the title is now treated as a full-fledged installment.

So far, both the lords and our comrades in Bannerland leave much to be desired when it comes to character depth. Many people complain about generic comrades. This looks particularly pale when compared to the characters from M&B: Warband, where each of them had a clearly defined character, as well as opinions on various topics. The lords, in turn, had a habit of acting according to their character traits, and if we got on someone's bad side, we could challenge them to a duel.

In the previous part of the series, if we got bored of tsoldiering, we could organize a feast for the lords, accompanied by a great tournament. Fights in the arena also exist in Bannerland (but not feasts), but they are much less fair, because those from Warband gave everyone equal chances and armament. Additionally, in M&B: Warband after winning the fight we could talk to the lady of our heart and dedicate the victory to her (which, depending on the character of our chosen one, provided different effects). Also this mechanic is not available in the latest installment.

Currently, Mount & Blade 2 doesn't have a lot of content related to the search for a spouse. Our efforts are limited to a few conversations and, even though our appearance is important in them, they are far from the slow and long-lasting (and thus more credible and interesting) wooing from the previous game.

In Warband (and in Viking Conquest) not only bandits roamed the world map. You could also encounter bads of Vikings, deserters and bounty hunters. 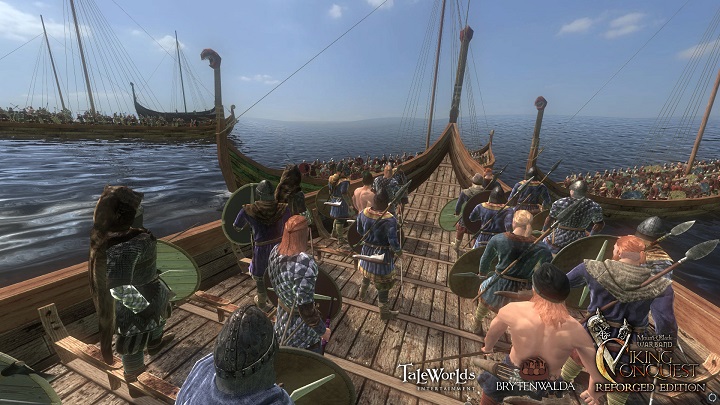 Mount & Blade: Warband - Viking Conquest is an expansion that takes us to the British Isles during the times, when terrifying Viking ruled the seas.

In this expansion we had a chance to take part in a lot of side activities that we can't find in Bannerland. There were several mini-games associated with additional sources of income (e.g. wood chopping). We could also go hunting, which enabled us to get food for our team.

This is something that could be successfully used in the latest rendition of Calradia. Travelling by boat, not only on the sea, but also on the rivers, could bring a breath of fresh air to the game.

Certainly, the possibility of creating a camp and waiting for reinforcements on enemy territory would also work in Mount & Blade II.

Do I even need to say more?

All the above mechanics and activities are missing from Mount & Blade II. Surely some of them will be implemented as the game develops. However, the devs at TaleWorlds are currently focusing mainly on optimizing the title, and the plan of the upcoming work published in May confirms that we should not expect new content for some time.