There's still no official word on Battlefield VI, but fans of the series can't complain about a lack of rumors. After the recent rumors about multiplayer and destruction of the environment, new information was revealed by Tom Henderson. A well-known insider (temporarily banned from Twitter) and the source of many leaks (including one supported by Jeff Grubb from VentureBeat) once again confirmed what eras the "sixth" Battlefield will take us to. By the way, he did not fail to mention that the leak described by us earlier is probably false, and it's not the only one.

As previously reported, and as allegedly revealed by a easter egg in Battlefield V, Battlefield 6 (or simply Battlefield, as it's titled) will take place in the modern era - more or less. The game takes us 10 years into the future, where a conflict between two superpowers takes place: USA and Russia. So in the course of the game we will see armaments corresponding to the current military equipment, including drones, tanks, etc. 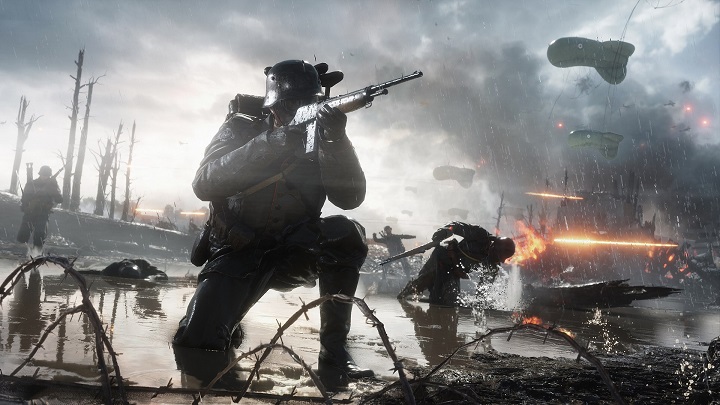 After two excursions into the past, we will return to modern times.

The main character of Battlefield will be the commander of a squad of specialists for hire. This brings us to what Henderson says is a revolutionary new feature for the series. In the campaign, we won't be taking sides, but instead will be swinging between Russia and the U.S. and carrying out missions for both superpowers. We'll also be able to explore the story with a friend in co-op mode.

Henderson also mentioned the multiplayer mode, which is supposed to be like "Battlefield3/4 on steroids". The sixth game will also feature a battle royale mode, but it will be completely unrelated to Battlefield V's Firestorm and will appear under a different name. In addition, the insider confirmed the presence of four "types" of soldiers and the abandonment of gadgets - they will be replaced by "abilities" similar to perks from the Call of Duty series.

As with every leak, this one should be treated with a fair amount of caution. Tom Henderson is definitely a more reliable source than some anymous Reddit or 4chan user with no history, but even trusted insiders can be wrong. Therefore, traditionally, we recommend to cool the enthusiasm and wait for official information. If we were to believe the assurances of Electronic Arts, Battlefield (or Battlefield 6) will be announced in the next three months. However, according to Henderson, we shouldn't expect a gameplay demonstration.

First Reviews: Evil Genius 2 - Fans of the Original Will be Delighted

First Reviews: Evil Genius 2 - Fans of the Original Will be Delighted