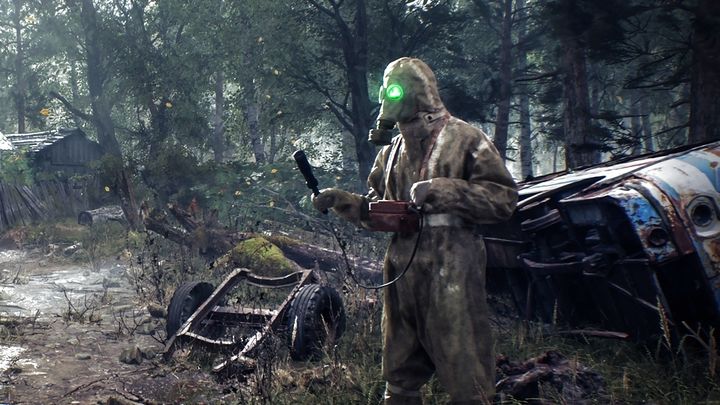 Chernobylite will soon appear in Early Access / Source: The Farm 51.

Chernobylite is a title created by the Gliwice-based team at The Farm 51, financed from a Kickstarter fundraiser. The action was a great success, because the devs exceeded the minimum target of $100,000 twofold. Eventually, the fundraiser resulted in a total of $206,000. Those who cannot wait to drown in the dark world of intrigues surrounding the Chernobyl disaster will no longer be kept in uncertainty. The people from The Farm 51 gave us an early access launch date on Steam.

The game will appear on the platform on October 16, this year. Please note, however, that this will be an early version of the game, which may differ significantly from the final product. The full official release is scheduled for 2020. It will hit PC, PlayStation 4 and Xbox One.

Chernobylite is an FPP survival horror adventure game set in the so-called Exclusion Zone around the Chernobyl nuclear power plant. The devs put great emphasis on the story and visuals. Chernobylite is powered by Unreal Engine 4 supported by photogrammetry technology.