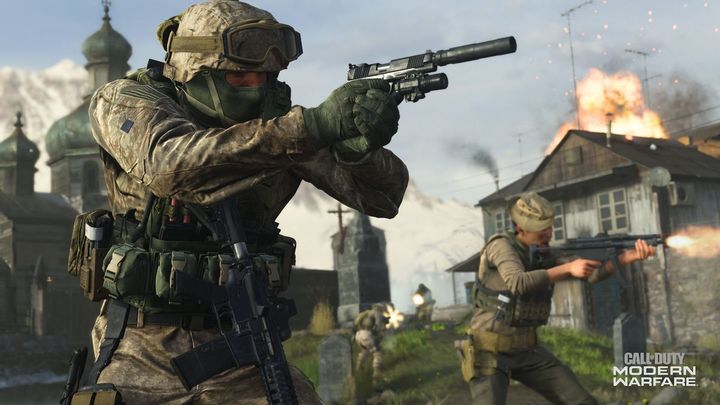 CoD: Modern Warfare looks worse today than it did on the day of its launch.

Reddit users have noticed how much the visuals of Call of Duty: Modern Warfare (in multiplayer mode) have changed since the game was released. Unfortunately, this is not a change for the better - the screenshots presenting graphics of the current version of the game show a very noticeable downgrade.

Among other things, the lighting and colors have deteriorated - the scenes now look much less realistic. The number of details removed on the ground, such as grass or stones, is also striking. As if that wasn't enough, the distance of vision has deteriorated - in the downgraded images, things visible in the distance seem to be hidden in the fog.

Fans disappointed, though the intentions may be noble

Fans of this game are not hiding their disappointment - some feel betrayed and have the feeling that they have thrown money in the mud.

"Lmao, I thought it was my night filter, but it wasn’t active :| this is almost like when Ubisoft teases one thing and delivered another less graphically pleasing version of that. Except here it’s IW screwing over the people who spent full price on the main game. Only thing I can do now is uninstall and play other games, because sucking IW’s balls and giving them season pass money isn’t worth my time," Batmans_backup complains.

Interestingly, the changes have not had a positive impact on the smoothness of gameplay on PC - some users report that the game not only looks, but also runs worse.

"As a PC player, I can say that with each update, the game requires more and more CPU and GPU power. Since the launch, I have had a computer with the recommended configuration, and last month I was barely able to handle the game. They had to change something because the optimization is crap," notes HelltownHero.

One player points out that the reason for the changes may have been the desire to increase the visibility of other people on the screen.

"Looks like better visibility to me and less visual clutter. A game like red dead 2 and the ambient occlusion nerfs and shit in a single player game then I can get behind visual downgrades being a real bummer but in this instance and for a game like this I'm really not that interested, the only thing I'm looking at is trying to see people, a lot of the time the environment just gets in the way, so many places to hide, often very dark, those pathways that are all pretty much one solid sandy texture make it easier for your eye to lead down and notice any contrasting colour i.e. Enemy players. The environments are often too detailed," notes PooSailor.

Epic is Giving Away GTA 5, and People are Still Buying it on Steam