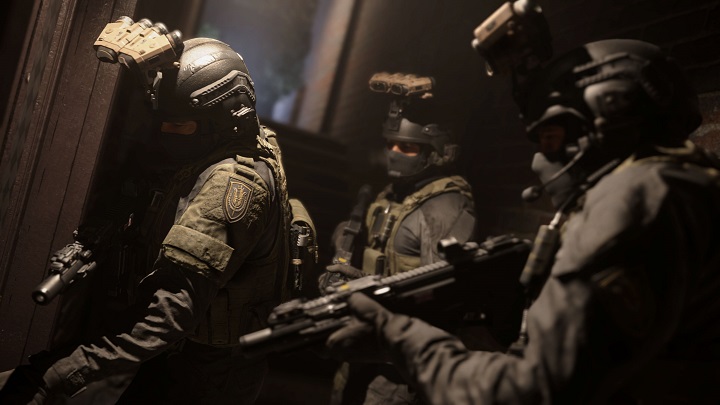 The first battle pass in Call of Duty: Modern Warfare is getting closer and closer.

Even before the launch of Call of Duty: Modern Warfare, the devs assured the players that there would be no lootboxes in their latest production. Instead, the studio opted for seasons that will offer free maps and modes on all hardware platforms, as well as battle passes. The latter will appear in two variants - free and paid. In the first one everyone will be able to unlock elements (weapons and their modifications) by playing the game. The second version, which will have to be paid for, will reward players with cosmetic items that have no influence on the gameplay.

During Activision Blizzard's latest earnings call, CFO Dennis Durkin revealed that first such pass will appear in December this year. It is not yet known how much the paid version will cost.

[...] This includes our new in-game system for Modern Warfare which begins in December, slightly later than originally planned.

Then, the company's CEO Bobby Kotick continued by saying, among other things, that the company believes that this is the right step in the development of the game, which is first of all fair to players.

We feel it's the right thing to do for the game and how it's designed. And more importantly, we think it's the right thing to do for our players, that launch is still ahead of us. But we've been really encouraged by the early response from the community to the change that we're making there. So in terms of growth, we do feel good both about our long-term engagement potential as well as the new system that we're implementing.

Call of Duty: Modern Warfare debuted on October 25, 2019 on PC, PlayStation 4 and Xbox One. The game was a great success and received good reviews. Our reviewer gave it a8.5/10. A few days ago the devs released a patch fixing unbalanced game elements, adding two new maps and Hardpoint mode.