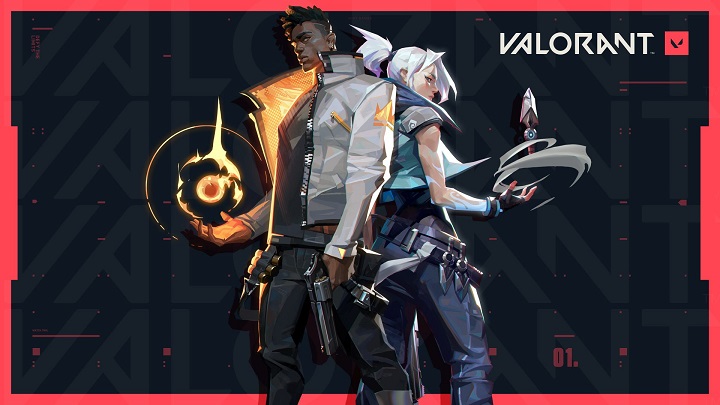 Valorant's popularity streak on Twitch continues.
IN A NUTSHELL:

It's been two weeks since closed beta-tests of Valorant, a new online shooter from Riot Games, began. We've already written about how the controversial way of granting access to the beta has contributed to breaking a record in Twitch's viewing figures. What's more, 14 days after the beta's release, its popularity on Twitch remains admirable.

For the second week in a row, over 100 million hours of Valorant gameplay were watched onTwitch (via The Esports Observer). The second and third place was taken by the Just Chatting category and League of Legends (both exceeded "only" 30 million hours).

Of course, in the case of Valorant, the word "watched" is quite an abuse. Let's recall that in order to gain access to the closed beta, we need to connect our Riot account with Twitch and watch the selected streamer. A lot of people just fire up the transmission in the background, hoping for a stroke of luck, regardless of what is happening on the screen at all. Others, on the other hand, create multi-accounts, thereby increasing the number of "viewers" and their chances of gaining access. Such a great interest in the game (or the beta drop) was exploited by streamers, using quite unusual practices as for this platform.

The said practices include mainly "live" 24/7 broadcasts. In this case, the very phrase "live" is questionable, because for a large part of the time, live streams are simply replays, not actual real-time gameplay. There is no interaction with the streamer, but the viewer still has a chance to gain access to Valorant's beta. For the streamer itself, this is a perfect situation - they don't have to do much, and the numbers are rising.

The method is favored by bigger streamers, which in itself has recently caused a lot of controversies. However, it's worth mentioning that for some time now every Valorant livestream has been giving the opportunity to drop access to the beta (regardless of the streamer), and the capacity of game servers has been increased by 25%.

But what's much more interesting, some time ago there was an information that two hours of watching Valorant is enough to count in the fight for the drop, which you can get even when you're offline (we don't know if watching longer increases this chance). It would seem, however, that even those interested in accessing the beta don't know about it, and streamers are reluctant to mention it (for known reasons). The "24/7" broadcasts themselves are in no way against Twitch's rules. However, the question of whether such practices, and the very way of granting access to the tests, are OK must be answered by yourselves.