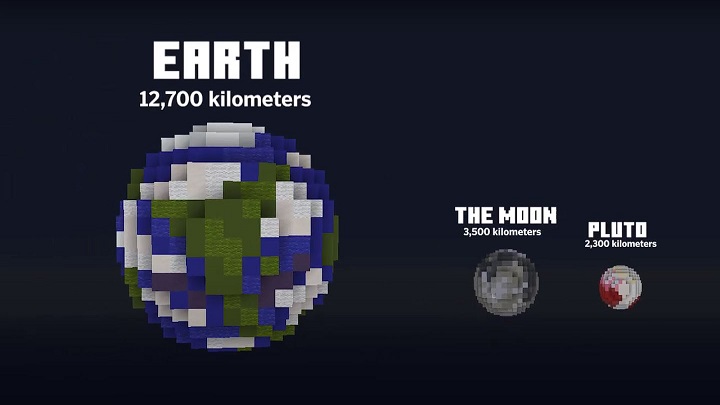 The player demonstrated the scale of the universe using Minecraft.

A few days ago, youtuber TriNyte released a video in which he presented the scale of our universe using a project in Minecraft. He compares the size of ants, skin cells, atoms, as well as planets, stars or cosmic nebulae, among others. The video very quickly conquered the hearts of Reddit users. The author built everything by himself and his work was inspired by a popular presentation released a few years ago. The effect of his work can be watched in the video below.

It is also worth reminding, that another project in which one of the players recreated the whole planet Earth in 1:1 scale in the game. Currently, with the help of others, he intends to add all human settlements and things not created by nature. These are, of course, not the only works that arouse admiration on the web. Here you can see the realistic landscapes created by the players, while here you will see the creation of beautiful works in time lapse. What's more, it's worth mentioning, that Minecraft itself has seen the launch of an open beta of the ray tracing supporting version of the game a few days ago.