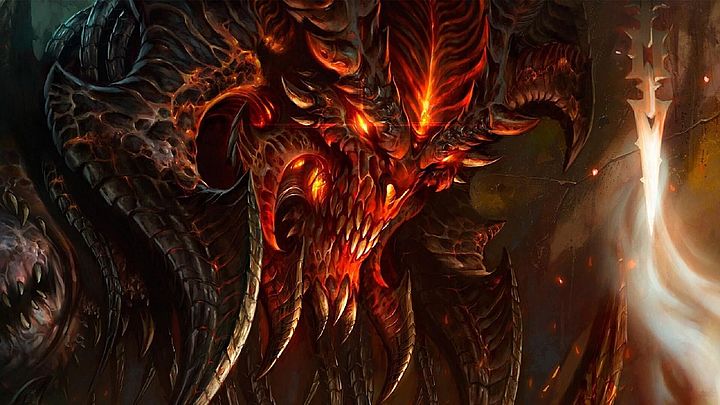 Is Blizzard really as scary as they say?

Are you ready for the story about the collapse of ideals, about recting one's values for profit, and about the fact that the world is ruled mainly by the lust for power and money? Then sit back, enjoy your drink and warm snacks, and... turn on the first season of Game of Thrones. Seriously though, something bad has been going on in Blizzard for a long time. Many of you will probably agree with this; just look at the company's activities last year. But why am I even writing about this? Let's start at the beginning, and you really might sit for this one, this will take a while.

The last weekend was mainly about ExileCon 2019, an event addressed to the fans of Path of Exile (which can be quite important for the whole history). The event was attended by Max Schaefer, Erich Schaefer and David Brevik, the fathers of the Diablo franchise and former Blizzard employees. During one of the panels they admitted that the chances for Diablo II remaster are low, because the company would have to recreate source code from scratch. How much of that is true? It's hard to judge. PC Gamer had the opportunity to talk to the devs outside the panel. There were many interesting words in the interview that would confirm my thesis that Blizzard is not going well. And not just this year, but for the last several years.

At the very beginning, the devs pointed out that there was nothing left of the place they knew and literally "everything has changed". The only "original" Blizzard employees left in the company are Samwise Didier (senior art director) and Allen Adham (senior vice president). Max Schaefer was brutal:

"The old Blizzard is gone. When we quit, there was like 180 employees total. There's thousands now. The whole empire is different, and Activision didn't have any influence. At that point it was just Blizzard and then some anonymous corporate owner, Vivendi or whoever. That was it. And so now [Blizzard is] a video game empire that has to appease shareholders and all that sort of stuff."

David Brevik, on the other hand, rightly pointed out that this was nothing unusual in the gaming industry. It is a natural turn of events that a global corporation is formed from a "small" studio. The creators emphasize that even during the creation of the legendary Diablo II, there was a struggle between the branches of the company. About what? About the bloody aesthetics and "darkness" so loved by fans of the series. Paradoxically, the change in thinking (from purely creative to corporate) was most influenced by the successes of the company. After a great reception of Diablo, Warcraft or StarCraft, employees wishing to stay on top had to start worrying about the expectations of the market (not to be confused with fans!). Erich Schaefer sums it up very well:

"I think the biggest thing is we didn't talk about shareholder value. We didn't talk about Chinese government and what they might want. The only thing we ever talked about was what we wanted to do and what the fans would like. It's obviously not the case anymore, for better or worse. I don't blame them. They're a giant corporation."

The subject of the Chinese Government came up in the conversation, of course, not without reason. Recall that in October the company punished a player for supporting the protests in Hong Kong. As "punishment" the player was forced to forfeit money for winning the Hearthstone Tournament and sentenced to a one year ban. This, in turn, has caused an avalanche of comments and unfavourable opinions among the Internet community, which demanded justice in the name of freedom of expression. After a few days, Blizzard yielded to the pressure of criticism and decided to pay the due reward to the punished player and shorten the ban to six months. Despite the exchange of courtesy on both sides and the fact that the company courteously began BlizzCon 2019 with an official apology to the players, the bad aftertaste remained.

The gentlemen have taken an interesting position on this matter. It is worth noting that all three have experienced cooperation with Chinese companies. Brevik was an advisor to the local edition of Path of Exile. Contrary to appearances, none of them decided to condemn Blizzard. Max Schaefer even expressed a kind of understanding:

"First of all, sometimes you wake up in the morning and you're just in a no win situation. And I think that, to some extent, that's what happened with [Blizzard]. There was no clean way out. And I think they kind of bungled it, obviously, but there was no way they were getting through that without some controversy."

David Brevik responded to rumors that Blizzard had to yield to pressure from the Chinese government. Besides calling it "conspiracy theory," he added that:

"Because of the structure of Blizzard now they think with their wallets first. I think that kind of led the decision making more than anything, and they'd maybe underestimated what people's perception of that would be."

In order to establish an order in this narrative, it is worth noting that the gentlemen left Blizzard many years before the 'Chinese problems' appeared, in 2003. Nevertheless, already then they noticed a change in the company's behaviour and the aforementioned "thinking with wallet". Let's add that all these words were said during the event dedicated to Path of Exile, the biggest competitor of Diablo. PoE is not without a reason called the spiritual heir of the "old horned one". Therefore, it is obvious that the sympathy of the original creators will be with Grinding Gear Games, and not the company which they had to leave.

Looking at the trend of negative opinions around Blizzard, it seems that the only hope for a good image is change to release Diablo IV. And just releasing it won't be enough. They need to release the game expected by hardcore fans. Deep down, somewhere in my gut, there's still room for faith in the company. I grew up on Diablo II, spent a few weeks of my life with this game and looking at the announcements of DIV, there is yet hope in my heart.

The Latest Spintires Expansion Will Take us to Chernobyl