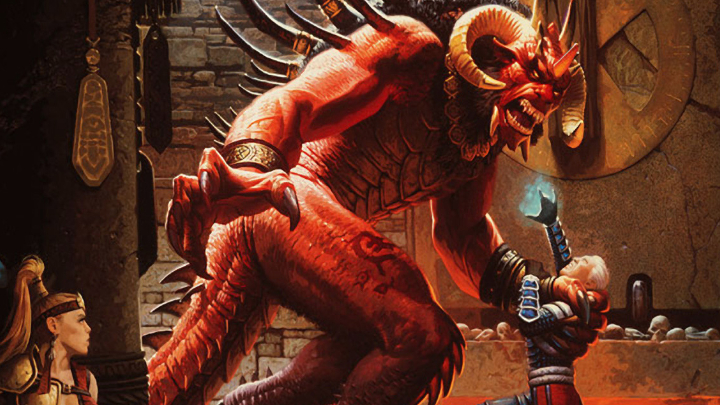 Fans of the iconic Diablo II would like to see the remaster of the game on their screens. Some of them would probably prefer to return to the world of the Sanctuary in the refreshed Diablo II rather than in the recently announced fourth installment. However, the devs of the original version believe that the chances are low, because its source code has been damaged. However, not everything makes sense in the statements given to the editorial staff of GameSpot.

Max Schaefer, Erich Schaefer, and David Brevik, the fathers of Diablo, were guests at the ExileCon 2019. During one of the panels, they were asked about the most horrible moment in the developing of the second installment. It turns out that after 11 hours of work, developers irretrievably lost the code core and all resources. They didn't foresee such a problem, so they didn't make any backups.

The developers panicked but eventually managed to deal with the situation. The key to success was to recreate some of the components from the trial versions that the devs had preserved on their home computers. Nevertheless, some of the resources have been lost along with all legacy.

"We lost a lot of the assets, art assets. It would make it very difficult for Blizzard to do a Diablo 2 remaster because all the assets we used are pretty much gone. They'd have to make them from scratch," - said Erich Schaefer.

However, one may ask theselves a question: what happened to the materials that were already reconstructed? Have they been lost or damaged? The devs had to work on something, preparing patches and the Lord of Destruction DLC. Perhaps the quotations referred to by GameSpot editorial staff are taken out of context and hence the problem of finding a logical explanation?

According to rumors, Blizzard decided to cancel the remaster and instead focus on Diablo IV. The new game is to reward the fans. The company announced that the fourth installment will return to the dark roots of the series and this is confirmed by first trailers and gameplays.

It is worth mentioning that Schaefer brothers together with Brevik also developed the first Diablo, although even then there were feverish situations. The Condor studio they founded had huge financial problems. At one point, the devs were at risk of being sent to prison, which might have been due to their debts. Fortunately, the company was bought by Blizzard just before the release of Diablo in 1996, which solved most of the problems.