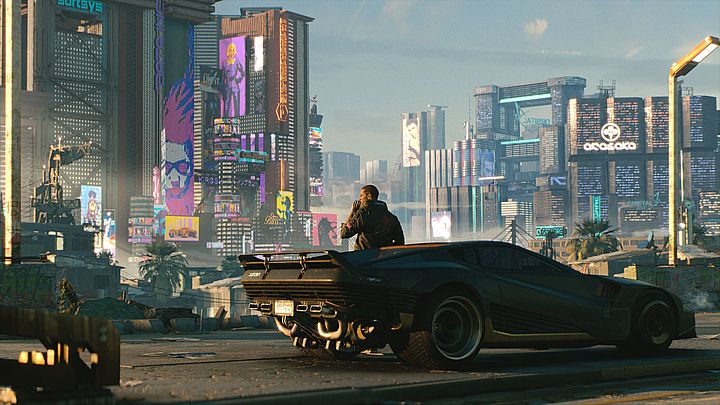 For some time now, it has been known that the owners of the "most powerful console in the world", namely Xbox One X, will be able to play Cyberpunk 2077 in 4K resolution. Until now, however, it was not entirely clear whether the PlayStation 4 Pro version will offer that as well. Fortunately, the employees of CD Projekt RED dispelled these doubts. In response to a private question from one of Reddit users, the devs explained that the production will support 4K on both consoles and, of course, the PC. 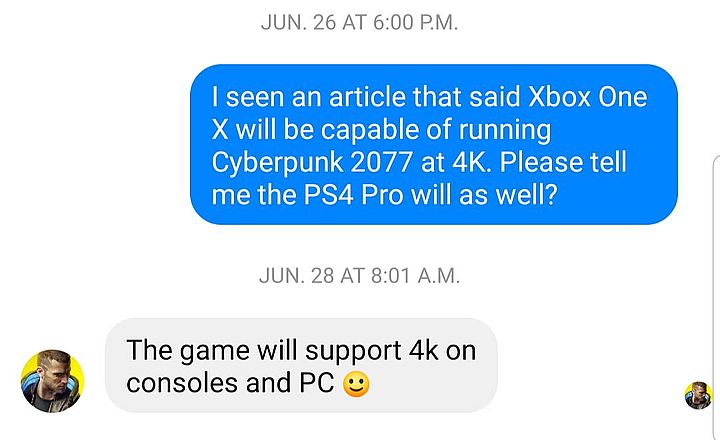 Naturally, there were doubts about the real resolution in which the game would run. Forum users don't really believe that they will see native 4K on PS4 Pro or Xbox One X, and they're probably right. We're most likely are going to have to use 4K scaling. Of course, it doesn't have to affect the gameplay, especially since the current generation has already proven that scalable resolution games can also look crazy good.

PS4 version will require a minimum of 80 GB of free hard disk space. Interestingly, the players still did not have the opportunity to watch the game on any console. So far, only the PC version of the game was presented (e.g. the demo prepared for this year's E3).