For many years we have been unable to find any games published by Electronic Arts on Steam. It seems that the situation may change in the near future, at least as far as the older titles in its catalogue are concerned. Before we move on to discussing potential "evidence", we must note that nothing has been officially confirmed yet.

Let's start with the fact that when the first graphics showing the new Steam library (one of which you can see below) saw the light of day, among the game covers there was Mirror's Edge Catalyst, a title inaccessible on Valve's platform. Besides, last year someone was running The Saboteur on Steam, another title allegdly unavailable on the platform. Next we have a change to the Dragon Age II's card introduced in mid-October (we won't find it in Steam's offer either), in the form of a new cover.

The icing on the cake is the recent test of integrating Steam with Origin, which could work on a similar basis as Uplay from Ubisoft (when the game is launched from Steam library, the Uplay client is also activated). 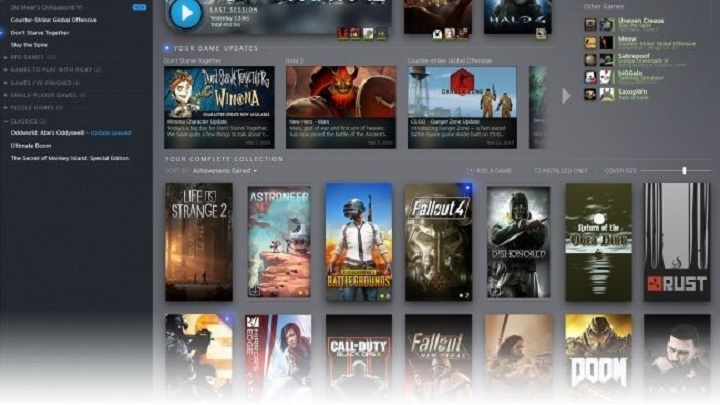 Last row of covers, second position from the left - does it mean that Mirror's Edge Catalyst is coming to Steam?

At the moment it is not known whether we should be preparing for a more or less imminent announcement of Electronic Arts games returning to Steam, or whether these are just not significant "matrix errors". Who knows, maybe Valve is working on a solution to integrate Steam client with other platforms, like GOG Galaxy 2.0?