Almost two months we had to wait for another patch for Elden Ring, but it's finally here - update 1.05 debuted yesterday and introduced 43 bug fixes. But what's more important, the patch added to the PC version of the game an option that fans asked for since the first Dark Souls.

We're talking about the possibility of closing Elden Ring through the "Exit to Desktop" option, available during gameplay. Until now, to safely close any FromSoftware game, you had to go back to the main menu and select "Exit" there.

Otherwise - for example, if we closed the application by terminating the process in the system Task Manager or used the Alt+F4 key combination - when starting another session we were greeted by a message informing us that the game was not closed correctly, which could potentially lead to the loss of progress (personally it never happened to me, but it's always better to be safe, right?). 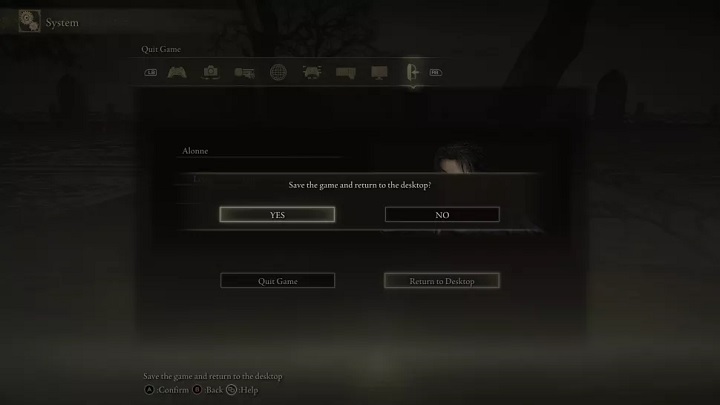 Also implemented is the ability to press any key or mouse button when the game starts. Until now only selected ones worked - those that have some use in Elden Ring.

Little-big change in New Game Plus

Update 1.05 is also a small nod from the developer to players who want to complete Elden Ring in the New Game Plus mode. At this stage of the game, you have many weapons and summons (spiritual ashes), but upgrading them can be troublesome due to the small number of smithing stones and spiritual lilies available at the beginning of the adventure. The patch has made us retain the ability to purchase them with runes from the NPC Twin Maiden Husk, who resides in the Round Table Fortress. You just have to make sure that you unlock her full assortment the first time you play through the game.

The full list of changes introduced in update 1.05 can be found here. Some of the fixes eliminate rare quest errors (e.g. with Iron Fist Alexander), and others improve selected skills (Ice Spear, Seppuku. In addition, FromSoftware was to increase the game's performance, but whether and how it succeeded, we are yet to verify.

Interestingly, the developer has also cut off access to the Colosseum - an arena discovered by the players, which seemed to be a part of a potential DLC (you can read more about it here). The location has been blocked so that it cannot be reached without resorting to some sort of cheating. What does this mean? We'll find out when - if? - the first expansion for Elden Ring is released.

The Day Before Devs Don't Pay Translators and Moderators; It's a Volunteer Effort