In recent months, there has been no shortage of unexpected successes on the gaming market (even if short term), but the successful launch of Genshin Impact can be considered the most surprising. It's not a casual battle royale or an online game with unique gameplay, but a third-person action RPG, which are a dime a dozen on the market. Despite this, MiHoYo's work recorded the best debut in the history of Chinese productions and conquered Twitch and the mobile market. Unfortunately, the popular saying "there are no roses without thorns" worked once again. As has often been the case in recent years, microtransactions are the problem, or to be more precise, one of the five (!) systems associated with them.

One of Reddit users, known as simao1234 wrote about the problem, but his voice is not isolated. Suffice it to mention that this entry managed to collect over 7.5 thousand thumbs up. There are also comments from Internet users, most of them sharing the opinion of the author. Of course, as is the case with online discussions, the text has provoked a lively discussion and not everyone fully agrees with it. There were both staunch defenders of Genshin Impact, as well as people speaking about MiHoYo's work even more critically than the author of the thread. As a result, the moderators had to remove 12709 entries from the thread. These were said to be just short, unrelated comments and low-quality memes, but a handful of users do not believe these assurances.

At first glance, microtransactions in Genshin Impact seem complicated and overwhelming, but, surprisingly, it is not their number that is problematic for players. In simao1234's entry, there are virtually no complaints about premium battle passes, monthly subscriptions or skins. If we believe the articles about Genshin Impact, the title is far from actively encouraging us to spend money. On the contrary, most of the time the game generously gives us the items we need to have fun, without hindering our progress. 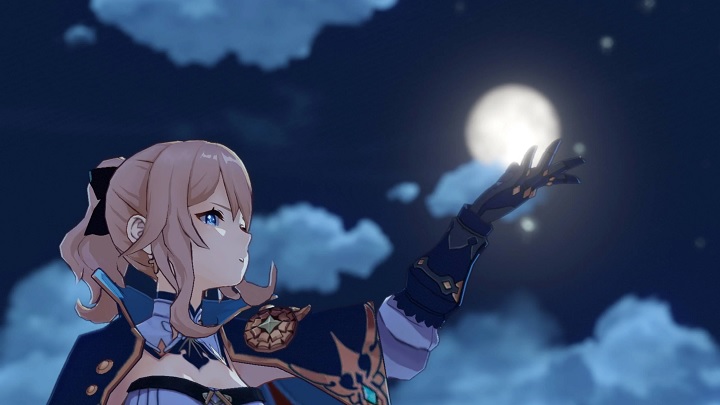 "Wish upon a star" takes on a new meaning in Genshin Impact.

Even the wish system, or de facto lootboxes (or, to be even more precise, gacha - see frame below), has not spoiled the image of a game "devoid of predatory microtransactions". Yes, no one is denying that the chance to unlock characters and higher-level items is pathetically insignificant. For a 4-star prize it is 5.6%, while the for a 5-star prize - 0.6%. However, such prizes are not required for fun - we can explore the world of Genshin Impact with characters unlocked in the initial missions.

The term gacha is used to describe games that use random loot mechanics, drawn after paying the required amount of money. The cost, although expressed in virtual currency, in practice is usually paid with real money - collecting the right number of coins, energy points, etc. through playing requires so much time that it is simply not feasible. Add to this a very low chance of getting more valuable characters, items, etc., often necessary for meaningful progress, and we get titles that de facto force the players to pay. Suffice it to say that in 2012 Japan banned the use of the so-called complete gacha - the most extreme form of this solution.

When a hero loses breath... 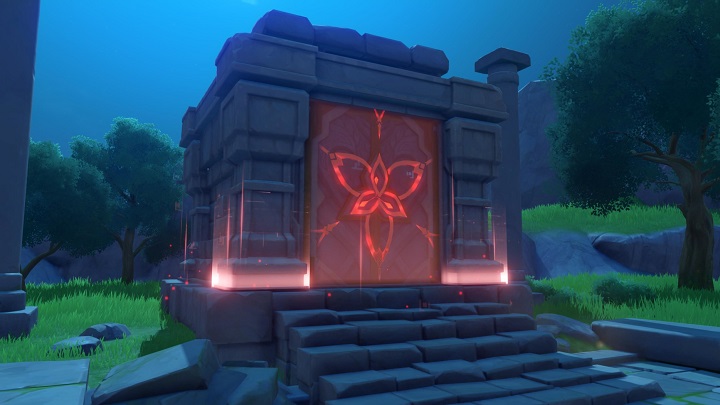 Limiting game progress is one thing, but MiHoYo seems to have gone too far.

There is, however, one element that, although briefly mentioned in the articles, has become the thorn in the players' side. We have written that Genshin Impact does not force us to spend real cash, which is true. But it's different when we talk about making progress in the endgame. The game features the Original Resin system, which renews at a rate of 1 point every 8 minutes to a maximum of 120 points (so it takes 16 hours to fully regenerate the resin bar). This currency is used to activate dungeons, Ley Lines and special bosses. Not that we cannot undertake these tasks without spending Original Resin. The problem is that in this case we won't get any prizes for these activities.

Interestingly, according to simao1234 the system itself is not the problem. Limiting progress in this way is nothing strange or reprehensible unless it is brought to such extremes, as in the case of the infamous mobile Harry Potter game. Unfortunately, although Genshin Impact is definitely doesn't go that far to prevent us from having fun, it is still a sign that it's going to be a bit more problematic in the later stages of the game. The user points out some of the solutions that he thinks are wrong.

Pay, hero, for the victory

Firstly, the cost of activating tasks is too high. Even the cheapest one is 20 Resin points. In the case of the most expensive ones (i.e. giving the biggest chance to get particularly valuable loot) we have to part with 60 units of resin, which is half of the Resin cap. In theory, we can use a special item restoring exactly such a number of points, or we can put money into the virtual currency for which we will refresh our stocks. However, the possibilities of obtaining Fragile Resin are very limited (in practice, this type of resin is only received for leveling up our account or through premium pass), and the latter not only requires reaching for our wallet, but we can also use this option only six times a day, each time paying more and more Primogems (one of two premium currencies in the game).

But what's probably worst, such a system is the worst combination with the other limitations in the game, such as time. Some item and character improvement materials are only available on certain days, and bosses - like in some MMO games - need some time to get back to life. The Resin cap also makes it difficult to complete weekly battle pass tasks unless we play every day.

This is another of simao1234's charges against Genshin Impact. Even in the case of daily gaming sessions we may have problems with completing all the desired tasks in a given week. However, if work or other duties prevent us from running the title regularly, we have practically no means of catching up. This could scare away a lot of people who have appreciated the game, because, as one Reddit user put it, a video game can demand time or money, but not both at once. Especially when Genshin Impact doesn't lack opportunities to spend real cash even without the limitations associated with Resin. 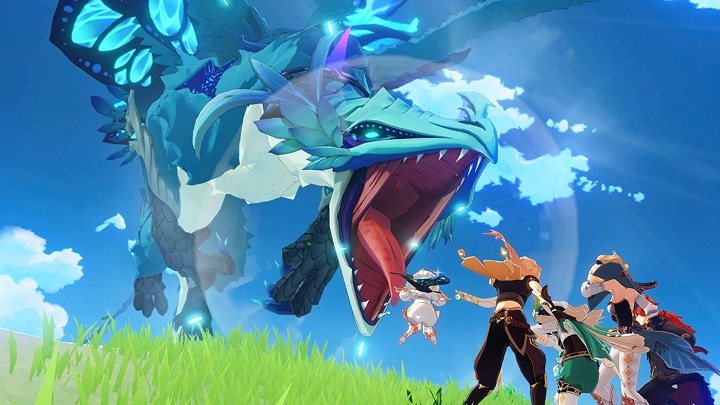 The discussion on monetization ensured that the moderators of Reddit's Genshin Impact thread were busy.

As far as simao1234's entry is concerned, he also gave some ideas for repairing the system, which, as we mentioned, he doesn't consider to be completely ill conceived. The user's suggestions include increasing the maximum number of Resin points, introducing modest rewards for completing tasks even without using resin, and implementing a mechanic that would enable us to catch up with a few days delay, at least partially, in a longer session (for example, a free piece of Fragile Resin for each day, albeit with a limit of 7 pieces in the inventory). Do these or other improvements have a chance to appear in the game in the future? Only creators know that. For the time being, they've announced the development of the story content and the addition of missing cities and new game modes (via Noisy Pixel). However, it can be assumed that simao1234's second proposal - complete rework or removal of Resin - is absolutely unrealistic.

Here's a Rendering of a Black Spider-Man-themed PS5