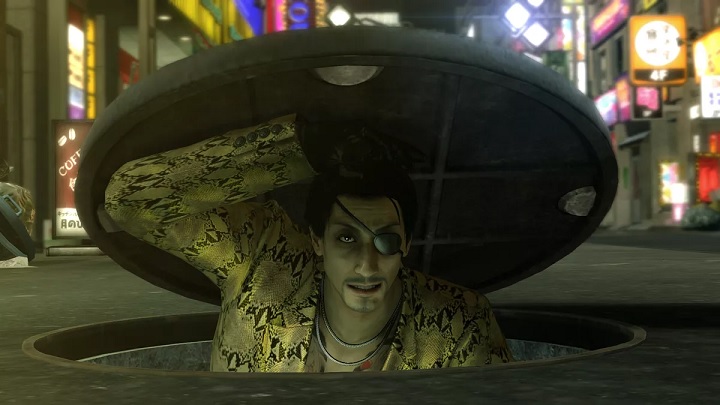 Goro Majima opens his own channel and reveals the release date of Yakuza Kiwami.

Half a year ago we learned that the Yakuza series is to finally make a debut on PC, and two months later we received the first of the two upcoming productions  Yakuza 0. Today, Sega revealed the release date of the PC version of Yakuza Kiwami  the refurbished version of the first installment of the cycle. While the date was not announced officially, it was smuggled on a gif posted on Steam, although it appears only for a fraction of a second. The game will be released on the Valve platform on February 19.

This is not the first time that Sega reveals the release date of its productions on Steam in an unusual way. The same was the case with the PC version of Catherine, whose "announcement" was limited to posting a game-related graphic on a page of a different title from the same developers. The remake of the first Yakuza has so far been available only on PlayStation 4, and was released in the West in mid-2017. Let's hope that more installments will followed, including Yakuza 6: The Song of Life, released this year on PS4.