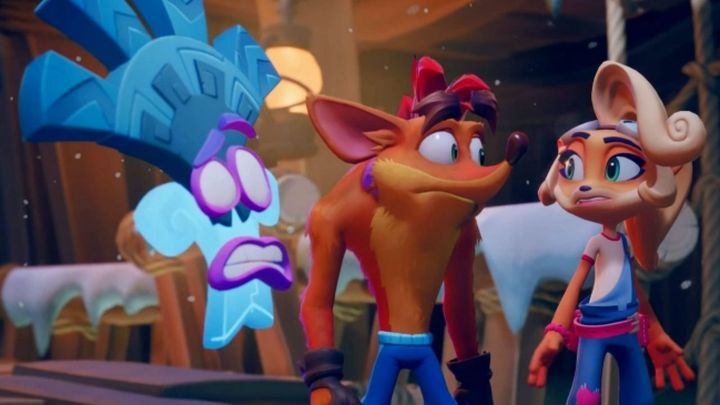 The new Crash should appeal to every platform game lover.
IN A NUTSHELL:

Crash Bandicoot N. Sane Trilogy and Spyro Reignited Trilogy reminded us a few years ago how interesting 3D platformers can be. Studio Toys for Bob, responsible for the latter title, went one step further and instead of a refined remaster decided to develop a completely new game from the Crash series. Several gaming websites published their reviews (average of 86 points out of 100 possible on Metacritic, PS4 platform) and the conclusion is simple - the devs did a great job.

Journalists emphasize that the new Crash will appeal to both new players and enthusiasts of the series. The core gameplay is not too different from what we saw in N. Sane Trilogy, and only a few mechanics were added to make the game more attractive.

Many critics call Toys for Bob's game a return to the roots in terms of difficulty level (which is really high), atmosphere (cartoonish audiovisuals and humorous storyline), and gameplay (creatively designed stages full of content). Some reviews even boldly hail the fourth Crash as one of the best games in its genre in the last few years.

You have to wait until tomorrow, that is October 2, 2020, for the inter-dimensional journeys in the company of the crazy bandicoot. That's when the title will launch on PlayStation 4 and Xbox One.