Concerned about the reliability of the rumor, PCGamesN has contacted the stunt actor Tim Neff about the resume we wrote about yesterday, which suggested that he worked on Grand Theft Auto VI among other things. Sadly, Tim hasnt got good news for Grand Theft Auto fans. Thats what he told PCGamesN:

That isn't my page, account or résumé. I don't even know that website. I worked on GTA 5 a long time ago and haven't done anything since. Sorry for the confusion. It seems I'm being trolled online really badly.

So the whole thing turns out to be fake or does it? While the resumes.breakdownexpress.com may not be familiar to Tim Neff, iStunt most likely is  and only yesterday that website claimed the actor worked on Red Dead Redepmption 2 and Grand Theft Auto VI, which has since been changed to Red Dead Redemption and Grand Theft Auto V. Whats even more interesting, Neff visited Rockstar San Diego this year, which he bragged about on Instagram. If Neff really is working on GTA VI, hes surely under an NDA, so its only natural that he would deny any involvement in the project having spilled the beans unintentionally. 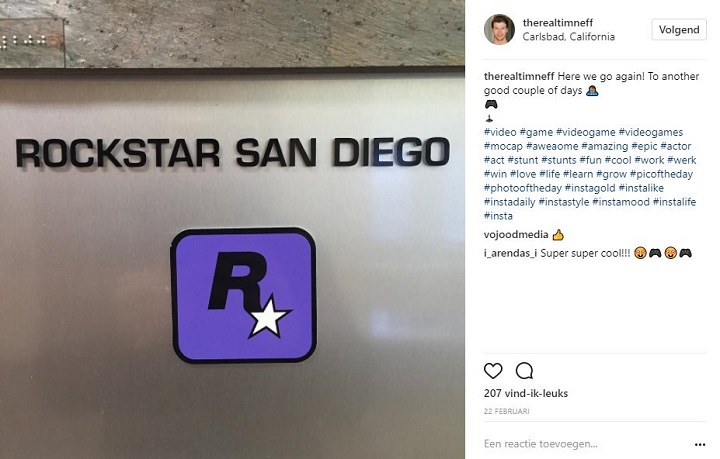 And what might have he been doing there, if hes not working on GTA VI or RDR 2? (Source: PlanetRockstars Twitter)

However, as much interesting as the speculation surely is, there is no telling whether GTA VI really is in the works or not. Considering that the world is still crazy about GTA V and GTA Online, plus that there is another hot game from Rockstar North inbound (obviously, were talking about Red Dead Redemption 2), even if the sixth is in development, it is unlikely to be out any time soon.