The delay of Cyberpunk 2077 caused quite a stir in the industry, especially in the context of reports from behind the scenes. Of course, the Internet wouldn't be the Internet if its users didn't make fun of every possible situation. It's no different this time either, but one of these jokers decided that he went too far. We're talking about the creators of the popular fighting game series Guilty Gear. Arc System Works has apologized for the "inappropriate" Twitter entry that presented a modified version of the ad design used by CD Projekt RED. The graphic was removed, although several Internet users managed to capture it first.

The apology may come as a surprise, because the joke - although not of the highest taste - does not seem particularly offensive. Someone might even suspect that the move was made under external pressure. Only that somehow other studios do not apolagize for identical parodies of Cyberpunk 2077's ad, for example the creators of PayDay 2 and World of Warships. Some people suspected that the team at Arc System Works considered it "inappropriate" to make fun of a situation that resulted in death threats against the devs at CDPR, and provided them with weeks of intense work.

Twitter user HiFight may point to the real reason. The picture was supposed to meet with criticism from the Japanese media and Internet users. They pointed out to Arc System Works that it itself failed to meet the planned release date. Guilty Gear: Strive was supposed to make its debut this year, but in the end the creators delayed the release date to April 2021 due to the catastrophic state of the online lobby system. In this context, mocking Cyberpunk 2077, which - at least for the time being - has been delayed by just three weeks (apart from earlier delays), seems a little out of place. 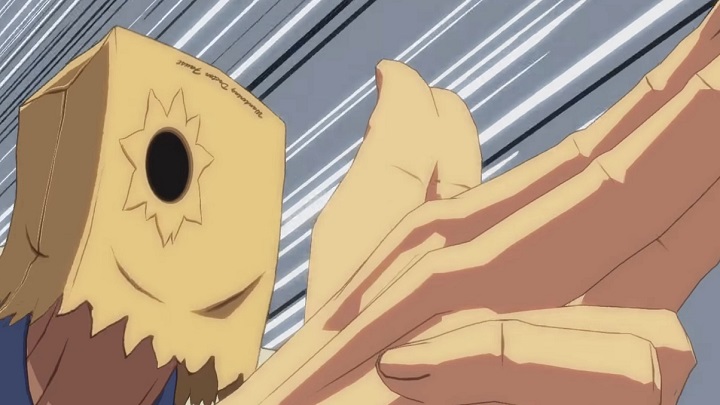 The creators of Guilty Gear mocking the delay of another game and apologizing for the "inappropriate" entry is a great joke for some fans.

Not all fans of Arc System Works appreciated the apology. Some of them think it's unnecessary, and many of them feel irritated that the studio didn't make a similar gesture when it posted other "inappropriate" posts previously, such as the highly sexualized heroines from the Japanese developer's games. There were also those who said the entry was also a joke, allegedly referring to the deleted tweet promoting SNK's mobile title and its apologizing response. However, this seems unlikely, since Arc System Works has removed the previously posted parody of CD Projekt RED's ad.