This week will see the release of PlayStation 5. On this occasion Sony Interactive Entertainment has released a video showing upcoming games on PS5. Among them were not only Demon's Souls and Spider-Man: Miles Morales, planned for this year. The video also mentions the anticipated release dates of Gran Turismo 7, Returnal, Ratchet & Clank: Rift Apart and Horizon: Forbidden West.

The first three titles should launch in the first half of 2021, while the new installment of Aloy's adventures should be released in the second half of next year. These dates coincide with earlier reports. The imminent release of Gran Turismo 7 was mentioned just a few days ago, Ratchet & Clank: Rift Apart had a chance to become the console's launch title, but the devs didn't make it in time, while Guerrilla Games aimed for 2021 in the case of Horizon 2 from the beginning, but there was no guarantee that this would happen. God of War: Ragnarok was also announced for next year, but this game did not appear in Sony's commercial, because we haven't seen any trailers yet. 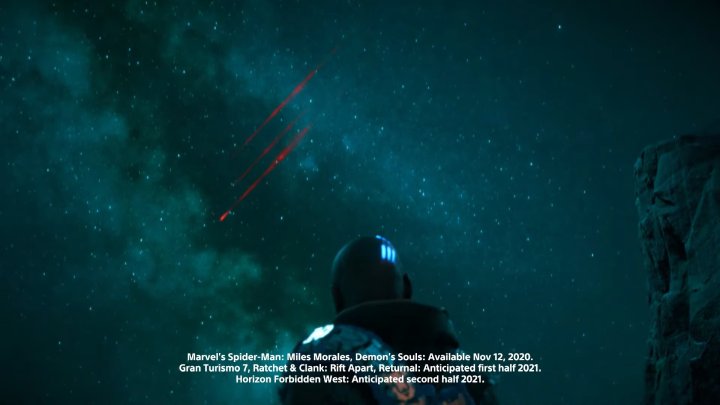 Several potential hits are expected to be released on PlayStation 5 in 2021.

The provided release dates are only estimates, so please be aware that they may change. Of all the exclusive PS5 games listed, which Sony has planned for 2021, only Horizon: Forbidden West will also launch on PlayStation 4.