Sony Interactive Entertainment's CEO gave an interview to the Russian Press Agency TASS. Jim Ryan commented on how he imagined the near future of PlayStation 5, and also revealed when he thought we would see titles that would define the current generation of consoles. He also talked a little bit about how he sees the launch of the new platform during a pandemic, and said that his company is preparing some announcements in response to the Xbox Game Pass service.

Jim Ryan about blockbusters on PS5

Let's start with when the first true hits on PlayStation 5 will appear, able to display the capabilities of the console. As it turns out, not so soon, as players will have to wait two or even three more years for them to start appearing. The reason for this is that, with an impressive 114 million userbase, the PS4 and its owners are to remain 'extremely important' for the Japanese giant across 2020, 2021 and 2022, all because, at least until then, it will be 'the majority of PlayStation community'. Thus, Ryan has confirmed his words from earlier this month that PlayStation 4 is to be the dominant console even in 2022.

Another thing is that, in his opinion, the developers also need some time to learn how to make the most of the new platform. As he said:

"History will tell you that its in the second or third year that the developers really hit their stride. Developers typically need a little bit of time to familiarize themselves [with the hardware]. But its probably 2022 that youre going to see some wonderful things in the same way that it was 2015-2016 for the previous generation, when the generation defining-games started to be published." 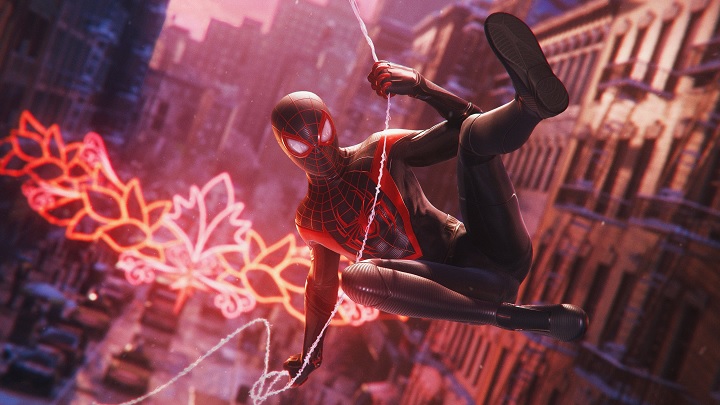 PlayStation 5 games are already making use of ray tracing, for example.

Of course, that doesn't mean that we won't see games using PlayStation 5's capabilities earlier; Spider-Man: Miles Morales is already making use of ray tracing, for example. Horizon: Forbidden West is also on its way (which is also coming to PlayStation 4, but you'd expect the game to work and look much better on PlayStation 5), Gran Turismo 7 (also designed to use ray tracing) or God of War: Ragnarok, which we don't know much about yet, but the Santa Monica studio working on it has a good record. However, it looks like we'll still have to wait for productions like The Last of Us: Part II or Ghost of Tsushima on PlayStation 4.

In addition to new graphics capabilities, PlayStation 5 also features an SSD that can make loading screens a relic of the past, and the DualSense controller whose haptic vibrations and adaptive triggers are designed to take gameplay to a new level. The creators therefore have a variety of possibilities to make cross-gen games better on PlayStation 5, the only question being how much of them will they be willing to use.

Will there ever be a real answer to the Xbox Game Pass on PlayStation 5?

In the interview, Ryan also said that "he wouldn't plan another major console launch in the middle of a global pandemic and wouldn't recommend it to anyone else". He also said that as far as the sales of PS5 is concerned, "absolutely all" of its copies were sold on all markets where the console had its debut at the time of his conversation with TASS. SIE's chief executive also commented on the console "war" with Microsoft, stating that, first, he does not like the term, and second, the competition is good for both gamers and hardware manufacturers. When asked about Sony's possible response to the Xbox Game Pass service, he replied that "in fact" his company has some announcements in store, although this is not a topic "for today". He added that PlayStation Now is his company's subscription service available in many markets. Time will tell whether the Japanese giant is planning to expand its reach or whether it has some other 'ace' up its sleeve.

Nvidia Admits: RTX 3000 Will be Unavailable for a Few More Months