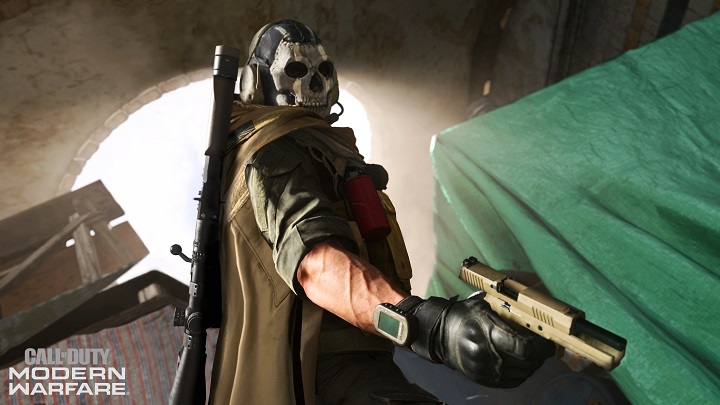 Call of Duty Warzone is to be available for free.
BATTLE ROYALE MODE LEAKS IN A NUTSHELL:

The fact that the battle royale mode (called Warzone) is to go to Call of Duty: Modern Warfare has been rumored since November last year. So far, however, no official information has been released, although the latest leaks indicate that its launch is nigh. According to sources reached by VGC, Call of Duty Warzone will be released at the beginning of next month (probably on March 10). Moreover, it will be released as a separate free game (including microtransactions).

The official marketing campaign for Call of Duty Warzone is due to start next week, when American Influencers will visit the creators' studio and will be able to test the mode. Activision hopes that the free production will attract new players to the Call of Duty franchise. What's more, it is to be constantly developed and updated, so that the studio won't have to worry about creating this type of mode every time a new CoD is released.

Finally, let's remind what we already know about the upcoming battle royal mode. According to the first leaks, two hundred players will play on a single map. A classic deathmatch variant will be available, but there will also be an option to play in teams of two or four. Recent reports suggest that one of the ways of acquiring equipment will be the so-called Supply Station located in various places on the map. From them, using a special currency obtained by exploring the map, players will purchase support (such as aerial attacks or bombing) and various useful items. A few days ago we also had a chance to see the map where the battles in Warzone will take place.