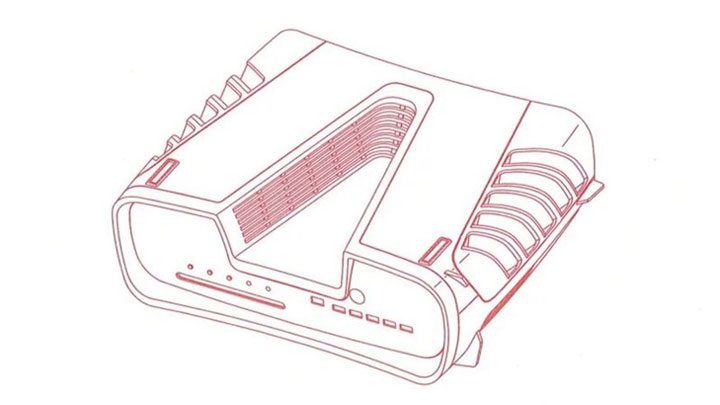 Yesterday Sony officially announced PlayStation 5. Now we have found out what the console devkits will look like. It turns out that the futuristic drawings from the August patents were true and that's the appeareance of the devices provided to the developers for creating games for the upcoming platform.

The source of this information is an article published by Wired. Unfortunately, at the moment we do not know if the console itself will look similar. Let's recall that the design of the devkits is highly customized, because it has a strong V-shaped notch, which most likely provides better ventilation. In previous generations of PlayStation, consumer hardware was usually smaller and lighter, but its appearance did not differ much from the developer units.

It is worth noting that the confirmation of the appearance of devkits is not the only curiosity from the Wired article. We wrote about a lot of new information yesterday, but it is worth adding a few more details.

Games on PlayStation 5 are to be distributed on 100GB discs. The controller will look like DualShock 4, but inside there will be a small hole and for now Sony does not want to tell us what it is used for. The console will offer backward compatibility with PlayStation 4, but at the moment it's not clear exactly how it's supposed to work.

Devkits are already in the hands of several dev teams. Sony has also recently started sending prototypes of controllers to various studios. Among these teams was Bluepoint Games, known for such PS4 games as the remake of Shadow of the Colossus or Uncharted: The Nathan Drake Collection. The studio admitted that it is currently working on a very large project on PlayStation 5, but the details have not been revealed yet. Many fans speculate, however, that it could be a remake of Demon's Souls.

PlayStation 5 is due to debut next year in the run-up to Christmas.

Call of Duty Mobile With the Best Mobile Launch in History