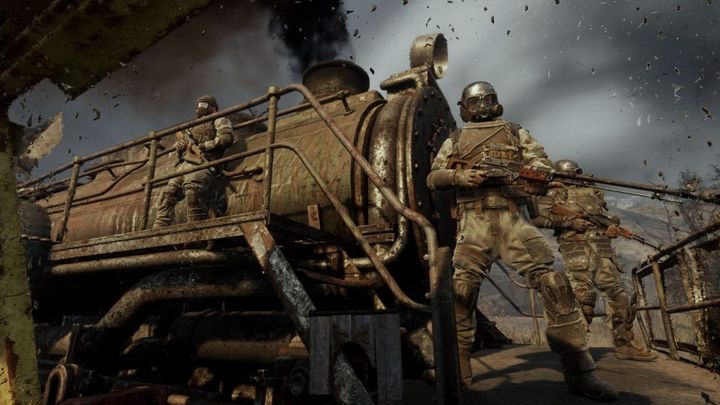 The release of Metro Exodus took place in the shadow of controversy. The title was one of the first Epic Games Store exclusives. The disappearance of the game from Steam led to a great commotion among the community, which ultimately caused a flood of positive reviews of the game on the Valve's platform. However, the player dissatisfaction has not discouraged Koch Media CEO, Klemens Kundratitz, as he praises the partnership with Epic Games Store.

In an interview with GamesIndustry, Kundratitz explained the reasons for his cooperation with Epic Games. As you can guess, it's mostly about money. Tim Sweeney's company offers much better profit distribution, where the platform's revenue share is only 12%. According to Koch Media CEO, this is a business policy that should be welcomed with open arms.

We need to embrace a digital partner that offers a much more compelling rev share model than anybody else, and I think they act as a role model for us and for other digital partners as well - a 70/30 split is quite frankly anachronistic.

Although Kundratitz considers Steam's profit-sharing model to be slightly outdated, Koch Media still maintains a strong relationship with Valve's platform, which it intends to continue. He also admitted that in the case of Metro Exodus the biggest problem was timing. The exclusivity agreement was signed too late. Despite the problems, the sales of the game are satisfactory in his opinion. He also does not rule out the possibility that in the future he will again opt for exclusivity on Tim Sweeney's platform.

It should be borne in mind that this is not the only opinion of this kind that has been recently voiced. Just two days ago, Chris Early of Ubisoft said that the company's games skipped Steam because of its "unrealistic" business model.