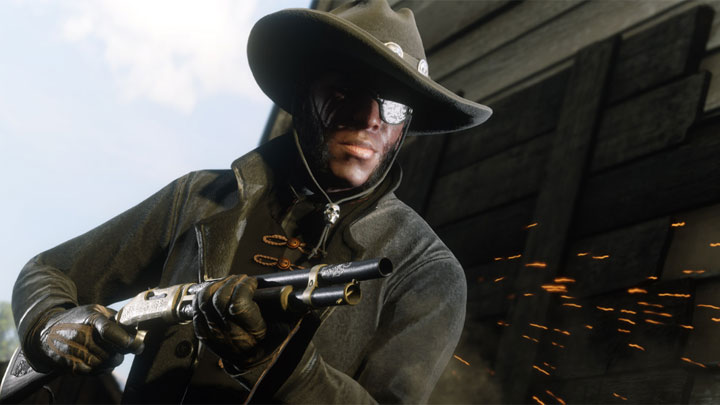 In addition, the completion of any free roam event this week will provide a coupon with a 50% discount on coats of rank lower than 15. Additionally, those who play Red Dead Online in any mode on April 17-20 will receive a free ability card to improve their character's skills. The devs warn that it may take 48 hours for the gift to reach our account.

At the same time, a special offer was launched in the Wheeler, Rawson & Co. Catalogue virtual shop in parallel with the promotion, which covered most of the item categories. Limited clothing collections have also been added to the offer, wher they will remain available until April 27.

In addition, this week, as part of the featured series challenges, we can return to the coast of Lemoyne, where wecan enjoy a Last Stand variant with random weapons, played in Sisika prison.

As a reminder, Red Dead Redemption 2 was released on October 26, 2018 on Xbox One and PlayStation 4, and last year also on PC. In turn, the game's online mode Red Dead Online left the console beta-tests in May 2019. On PC, multiplayer games were made available with the release of the base version of the game.

Google Wants Its Own CPU for Smartphones and Laptops