Focus Home Interactive has revealed the release date of SnowRunner, a continuation of the expanded version of the Spintires off-road truck simulator. As the latest trailer reveals, the title will be released on April 28 on PCs (on Epic Games Store) and PlayStation 4 and Xbox One. In the case of PC, we will have to buy the standard edition. There is also a premium edition including a season pass, which you can also purchase separately. You can watch the video below.

The game was announced in mid-2018, still titled MudRunner 2 at the time. Although it is undoubtedly a niche title, the first installment turned out to be so popular that it sold over a million copies. We had to wait almost a year for the first details about the continuation. Then we found out that the game will include new types of surfaces, including snow and ice. Apparently, these novelties turned out to be so important that Saber Interactive considered it appropriate to reflect it in the changed title. The new title was announced at last year's gamescom fair. 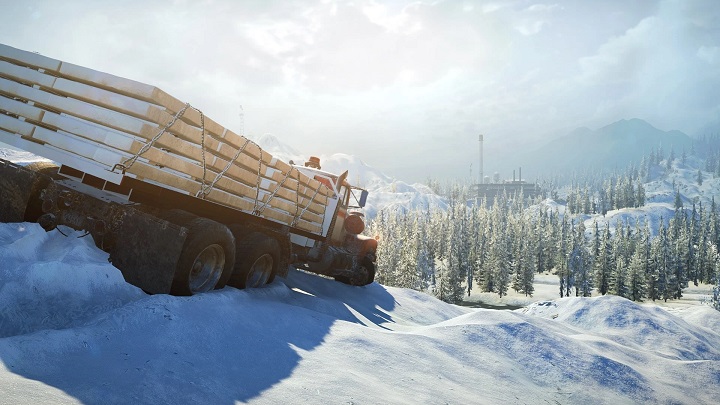 Winter MudRunner will appear in the middle of spring.

The changes do not end with the winter environment and the associated difficulties. The devs have also fine-tuned the tutorial and the interface, added new licensed vehicles (including Ford and Gaz car models) and tried to make the whole thing more accessible than Spintires: MudRunner. We will see the results of their work at the end of April.