It would seem that no one should want to think back to 2020, which has mostly gifted us with various presents from the coronavirus. But apparently this does not apply to the gaming market, which has had a very profitable 12 months. It has been particularly successful for Nintendo's consoles. If the company's financial reports and subsequent reports of analysts aren't enough for you, the success of the Switch (and the entire industry) was also confirmed by reports from Famitsu magazine (via Gamesindustry.biz) and the NPD group (via Mat Piscatella on Twitter).

In Japan, the video game market recorded an increase of 12.5% (to 3.5 billion yen), which was mainly thanks to hardware. And in this category, the Switch proved unrivaled. We already wrote about how Switch bested PlayStation 5 (among other things due to the unavailability of Sony's platform), some time ago, but that's not all. Of the nearly 7 million consoles purchased in 2020, as many as 6 million (87%) were different variants of Nintendo Switch. For comparison: at the same time the sales of PlayStation 4 did not exceed 543 thousand copies.

No one will also be surprised that among the most popular games were mainly items published by Nintendo, with Animal Crossing: New Horizons taking the undisputed lead. Since its release in March, the latest installment of the charming life simulator series has found 6.4 million buyers in Japan, well ahead of second-place winner Ring Fit Adventure (1.6 million copies), not to mention other games, most of which have not sold even one million copies.

Nintendo also took the lead in North America, although not as much as in Japan. In the US, spending on games totaled $56.9 billion, a 27% increase year-on-year. Most of that (86%) came from software, both digital and boxed. In this category ,Call of Duty once again did not give the competition a chance, taking the first (and second) position on the list of best-selling games for a record twelfth year in a row. CoD: Black Ops - Cold War also reigned supreme in December, overtaking Cyberpunk 2077 (although NPD analysts did not include data from digital sales) and Assassin's Creed: Valhalla. It's also fair to mention The Last of Us: Part II, which became Sony's third best-selling release in the US, just behind Spider-Man and God of War. 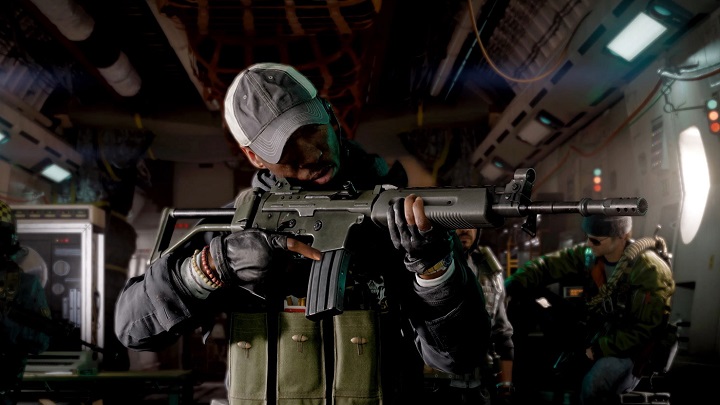 2020 or not, Call of Duty reigns supreme in the gaming market.

However, while Nintendo didn't conquer the West like it did Japan, the company by no means has anything to be ashamed of. Animal Crossing: New Horizons was the third best-selling game of 2020, and Nintendo's biggest best-seller in the US since Wii Fit Plus (in 2010). Meanwhile, the Switch was the main reason why spending in the hardware segment rose as much as 35% year-over-year (to $5.3 billion, the highest since 2011). The console also scored the second best year in console history, well ahead of PlayStation 4 and PlayStation 5 and second only to the 2008 result of Nintendo Wii (in terms of sales in dollars).

One could argue that Nintendo's success is in part due to shortages of 9th-gen consoles, and that their announced debut discouraged many buyers from purchasing PS4 and XONE. However, this does not change the fact that 2020 belonged to the "big N", which did not give much chance to the competition. Will this trend continue, or will the increasing availability of PlayStation 5 and Xbox Series X/S push Switch to the sidelines? Time will tell.

Market With Best PC and Laptop Sales in Last 10 Years