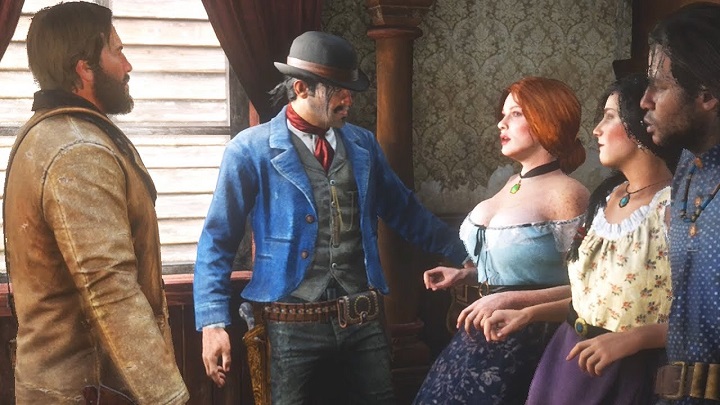 You can no longer download the sex mod for RDR2.
IN A NUTSHELL:

A few days ago, we wrote about the controversy that has arisen around a "hot coffee" mod for Red Dead Redemption 2. It introduced a mini-game for animated sex acts with prostitutes. Interestingly, the mod did not contain any nudity and used only animations and sounds that were originally available in the game. However, this did not appeal to devs who believe that the modification violates the rules contained in the user license and the online code of conduct.

Just a few days ago, the creator complained that he is not going to take the mod down, but it was nevertheless removed from NexusMods yesterday (information about it can be found on this page). It is not known what was the reason for this decision, and whether the creator himself did it, or whether the website hosting the mod intervened in the matter to protect itself from potential problems with Take-Two and Rockstar. PCGamesN journalists have already contacted the creator and if they find out something specific, they will share it with us.

The reason for this reaction of RDR2 devs is probably the desire to avoid image problems similar to those when a similar mod was introduced to GTA: San Andreas. It then led to a change in the game's age rating and led to its temporary withdrawal from sale in the USA. Apparently the publisher and developer prefer to play it safe this time.