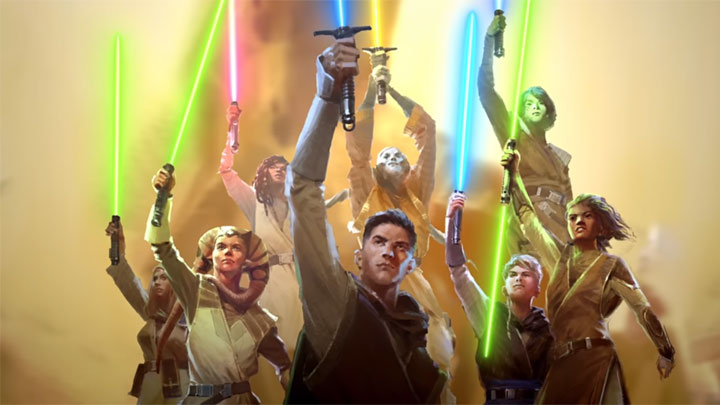 The High Republic will show the Jedi Order at the apex of its power, but there will also be stories about heroes that have nothing to do with the Force, such as smugglers.

Disney decided to grant the Star Wars franchise a few years' break with new movies. However, fans of the universe should not complain about the lack of new attractions. Among them will be the recently announced Star Wars: The High Republic project , which will include both books and comic books.

The initiative will cover five items:

The action of these stories will take place about 200 years before the events of Star Wars: Episode I - The Phantom Menace, at the time of the greatest power of the Galactic Republic and the Jedi Order. This period was chosen because the current official canon lacks stories from this era, so that authors will have great creative freedom.

Release dates in the USA:

Let us remind that the next movie in the series will be seen only in 2022. According to rumors, when the franchise returns to the cinemas, it will offer a story set several hundred years before the events of the Skywalker saga, so it is possible that The High Republic project will lay the foundations for a new chapter of the saga.

In the meantime, however, fans will receive many other interesting productions. In October this year, the second season of The Mandalorian will debut, and series about the adventures of Cassian Andor and Obi-Wan Kenobi are being planned. Currently, episodes of the last season of the animated series Clone Wars are being released on Disney+.

Last year we received an excellent action game Star Wars Jedi: Fallen Order. According to the latest reports, Respawn Entertainment is already working on the continuation of this hit.