To the fans' surprise, Sony announced a special live stream of the first episode of the State of Play, a new formula to present new trailers and game announcements for PlayStation 4 and PlayStation VR, which will begin on Monday at 2 p.m. PST. The new PlayStation initiative will probably resemble Nintendo Direct, which has been in existence for several years now and is the main source of information about the plans and projects of the Japanese giant.

Following in the footsteps of competition, Sony confirms that State of Play will appear at regular intervals and is to be the main channel of interaction with the player community. At the moment we don't know exactly what content will appear during the stream, as PlayStation 4 is still waiting for a few big exclusive productions. These are Days Gone (launche scheduled for end of April), The Last of Us: Part II, Death Stranding, Dreams and Ghost of Tsushima. State of Play will be broadcast on Twitch, YouTube, Facebook and Twitter. 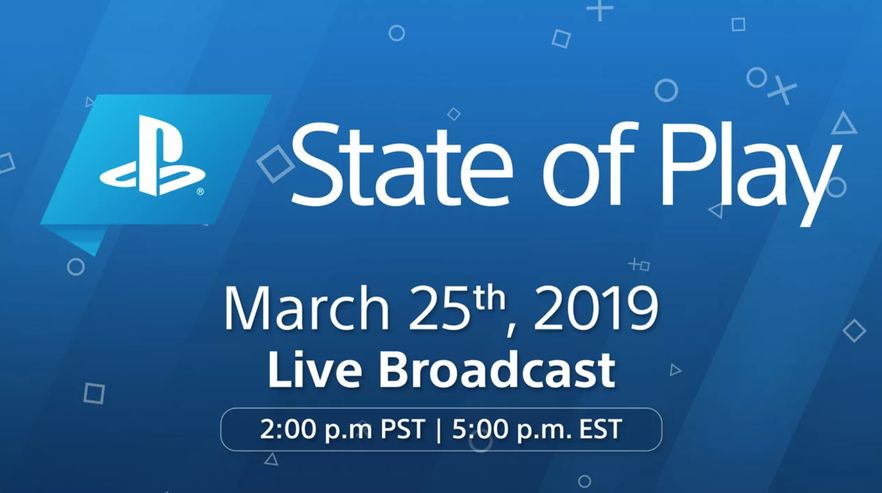 It is possible that during State of Play we will see mostly trailers of productions, which Sony will show just three days later at its PAX East booth in Boston.

Let's add that State of Play launch may be another confirmation of the strategy change in the announcements of new PlayStation titles. Let's recall that this year Sony will not organize a traditional conference during the E3. Will it be like this in subsequent years? Nintendo proved that the formula of short promotional live streams is as effective as a well-organised conference. Not only does this save time and money, but also allows for better control over the viewers' perception of the promoted devices and games, while at the same time avoiding various types of mishaps and faults, which are an integral part of live broadcast events.

Cyberpunk 2077's Missions Will be Much More Extensive Than The Witcher's