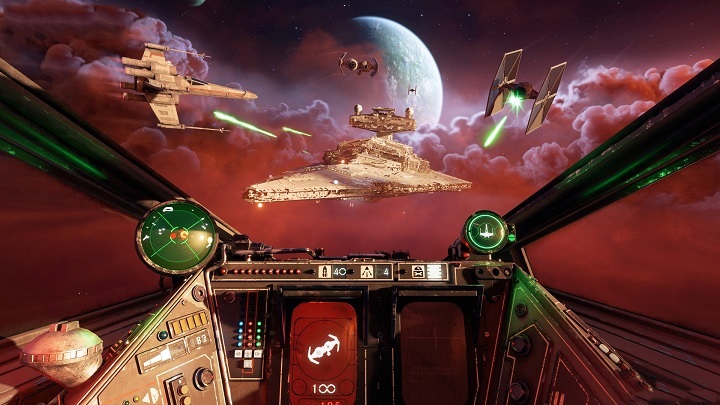 Star Wars: Squadrons has already been tested by a large number of players.

We already had a chance to see gameplay footage from Star Wars: Squadrons and learn a lot about the game. However, if you would prefer to see longer gameplays of the new title set in the world of Star Wars, today you have the opportunity. There are numerous videos on the web presenting Star Wars: Squadrons in action. Among them there is a video prepared by Game Informer, presenting the fun in the Fleet Battle (where the players' task is to destroy the enemy team's flagship) and Skirmish modes.

Youtuber jackfrags also shared his impressions and was a bit surprised by the complexity of the gameplay mechanics. He referred mainly to the power management system, which enables us to increase the efficiency of weapons, shields or engines depending on the situation. Our control over this system is not binary - we can set each of these three systems to one of eight power levels. We can change the settings at any time, and return to the default, medium setting with a single click.

Lets add to this the ability to decide on the distribution of power of shields at the front or the back of the vessel, a lot of possibilities to personalize the unit, etc., and we get quite an extensive gameplay. There is even an option to turn off the user interface and operate on the ship's instruments alone. Nevertheless, the game is far from simulators in the vein of Elite: Dangerous. Youtuber compared the gameplay in Squadrons to classic space shooter series TIE Fighter and X-Wing. However, he also expressed concerns about the modest content (only six maps, eight ships and only one mode with targets). You can watch jackfrags' video below.

If both of the above are still not enough for us, we will find many other recordings of the game on YouTube. Star Wars: Squadrons will debut on October 2 on PCs, Xbox One and PlayStation 4.