The announcement of Steam Deck has electrified Internet users. No wonder, after all, Valve does not announce a new hardware or game every day. The company's "portable computer" is expected to debut in December this year, but with each passing week more information about it appears on the web. This time attention has been drawn to the description of a patent, according to which Steam Deck's touch panels are to be equipped with pressure sensors. 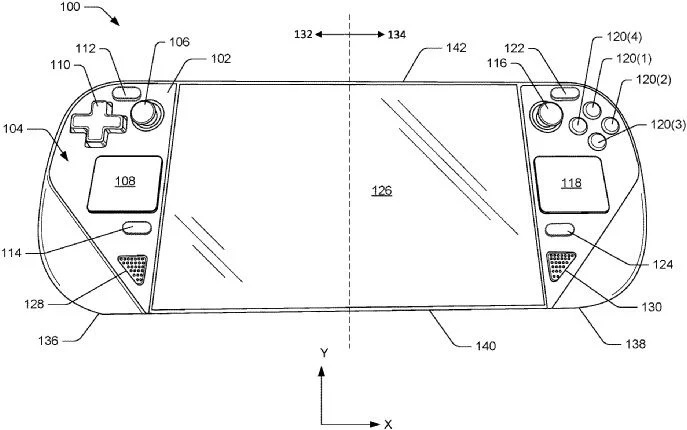 This functionality would open up many possibilities for game developers. The force with which we would touch the panel could affect, for example, the power of the attack, which our character would execute, or the strength of the rebound during a jump. Combined with other buttons such a solution would result in many unique options of controls customization.

What's more, the touchpads in question will also be customizable, although it's unclear at this point whether these settings will be decided by Steam Deck users or game developers. However, even regardless of this there is a possibility that, for example, in shooters, the required force would be reduced, which would translate to the rate of fire of used weapons, and increased in racing games - so that virtual drivers retain better control over the speed of vehicles.

It seems, then, that Steam Deck's touchpads will significantly enhance the user's interactivity with the console. How much exactly? We'll find out in a few months - unless scalpers buy up the entire stock, that is.

Horde and Alliance Together in WoW? Game's Director Comments

Horizon: Forbidden West Will Have its Own Gwent