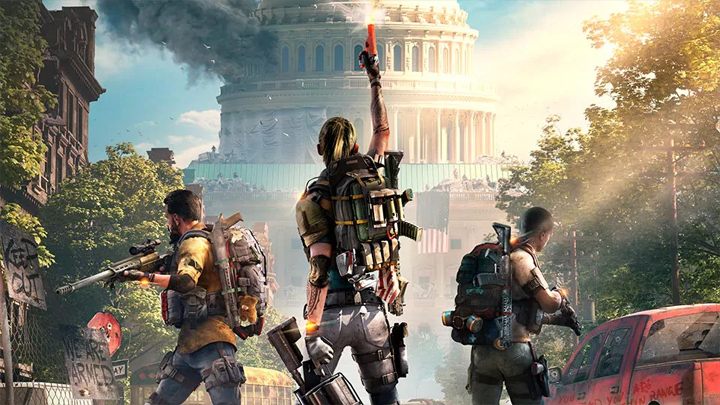 Tom Clancy's The Division 2 turned out to be unrivaled in March.

Analytics company NPD has published a report on the results of the American gaming market for March this year. Sales of consoles, accessories and new boxed copies generated $1.179 billion, 11% less than in the third month of 2018. When looking at the figures, please note that they do not give a complete picture of the condition of the industry, because they do not take into account the trade in used games, and NPD does not have complete data from digital distribution and microtransactions.

In March, the Americans spent USD 574 million on new PC and console games, which is an 11% decrease compared to the same period of last year. The shooter Tom Clancy's The Division 2, which made Ubisoft's sixth best debut in the history, was at the top of the bestseller list.

The number two position was taken by Sekiro: Shadows Die Twice. The game did well, but the launch of Dark Souls 3 was still more successful. The same was with Devil May Cry 5, whose debut was the second best in the history of the series, right after Devil May Cry 4.

In March, the biggest revenue was generated the following games:

In the case of Super Smash Bros. Ultimate, Yoshi's Crafted World, Mario Kart 8, New Super Mario Bros. U Deluxe digital sales were not included in results. The revenue of Tom Clancy's The Division 2, Sekiro: Shadows Die Twice, Call of Duty: Black Ops IIII, Anthem and Battlefield V does not include digital copies of the PC edition.

This year the biggest revenue was generated by sales of following games:

Games, whose sales generated the highest revenues in March by platforms:

Traditionally, the whole comparison for Switch consoles is based solely on box sales, because Nintendo does not provide NPD with digital distribution results.

In March, console sales alone generated $282 million in revenue, down 15% from the third month of 2018. Nintendo Switch was the winner among console, both in terms of the number of units sold and the revenue generated from sales.

In addition, last month the Americans spent $349 million on accessories, which is 7% less than in March 2018.