This past Thursday saw the launch of Total War: Warhammer 3. As the title is available in PC Game Pass, it seems that the only thing left to do is roll up your sleeves and lead Kislev to glory. Well, nothing of the sort - the community reports a problem with the first launch of this version. A similar issue is also reportedly occurring on Steam, but it is encountered by far fewer people. What exactly is the issue and how to fix it?

TW: Warhammer 3, despite its problems, got off to a good start. What elements of the game are particularly impressive? You can find out in our review:

I start the game - I see black screen 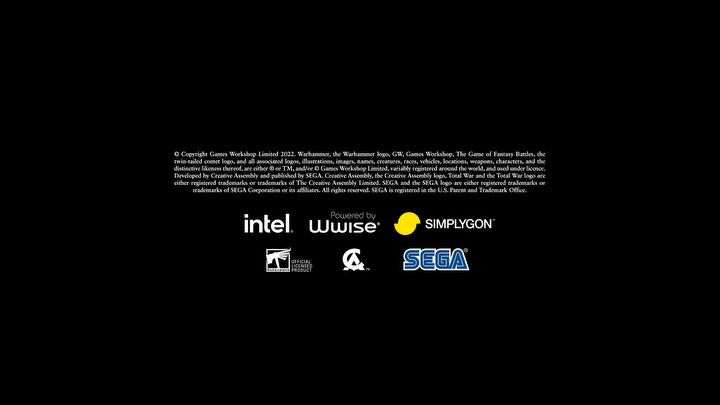 While waiting, you can learn this text by heart...

The problem is simple - the first time you launch Warhammer 3 a black screen appears and nothing happens. Many players therefore have a natural reflex to close the app. Some were even tempted to reinstall it, but that didn't solve the problem either. Below you will find comments from various sources on the subject, and further down - a possible solution.

"Game is stuck on copyright screen whenever i click it its say that app is not responding. Anyone got fix?, asks famanman (Total War series forum).

"Launch broken. When will they fix W3? Because I've already done everything and it won't start," writes DarkMochi345 (Steam).

Problem with black screen - how to solve it?

The solution to the problem is so confusingly simple, and it does not require any action from us. Just leave the game on for 20-30 minutes, after which the menu should load. What's more, with subsequent launches the problem should no longer occur.

"Hello everyone! I found a solution to the problem! I left the game on the logo screen for 20 minutes and it started. And now the game always starts fast," reports Remarkem (Total War series forum).

The developers are working on a better solution...

The developers at Creative Assembly have been notified of the issue and are working on a solution - one that doesn't keep the players waiting. It's important because according to some people, the title doesn't even launch after those 20-30 minutes.

...but this is not the end of Warhammer 3's problems

Interestingly, this is not the only problem encountered by players. Reddit user MikeMan911 reports that the game does not pass the anti-piracy verification by Denuvo DRM and is forced to wait 24 hours before being able to play. This is similar to the situation when players were unable to launch Dying Light 2 more than five times a day.

Easier Exploration in ETS2 and ATS - Patch 1.44 to Introduce Marking of Hidden Roads

Steam Next Fest - Week Full of Demos is About to Begin