Assassin's Creed: Valhalla was officially announced on April 29, but last year, gamers found something in Tom Clancy's The Division 2, which could have been interpreted as a reference to a new title in the Assassin's Creed series, featuring a Viking theme. 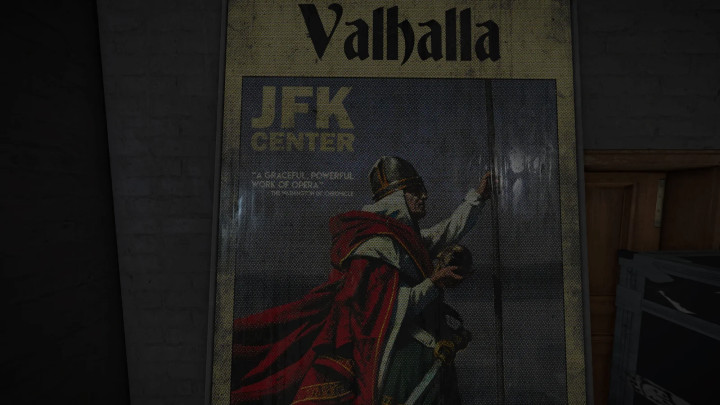 The globe in the warrior's hand may indeed resemble a fragemnt of Eden.

In March 2019, user AlifMorrisonudin published a post on Assassin's Creed's fan wiki, which featured a screenshot from The Division 2. The screenshot was taken from a video created by JorRaptor, who was the first to draw attention to this reference.

The video shows a poster, which can be found during the mission in JFK Center. It presents a warrior with a spear holding a globe in his other hand. Fans speculated that the object may be an Apple of Eden, an artifact very important for the series developed by Ubisoft Montreal. At the top of the poster, there is an inscription "Valhalla", referring to the land of eternal happiness for the gloriously fallen Vikings, also being the title of the latest installment of the series.

At that time, the community was debating whether it is an easter egg or an actual reference to a new title. It seems like we have our answer now. 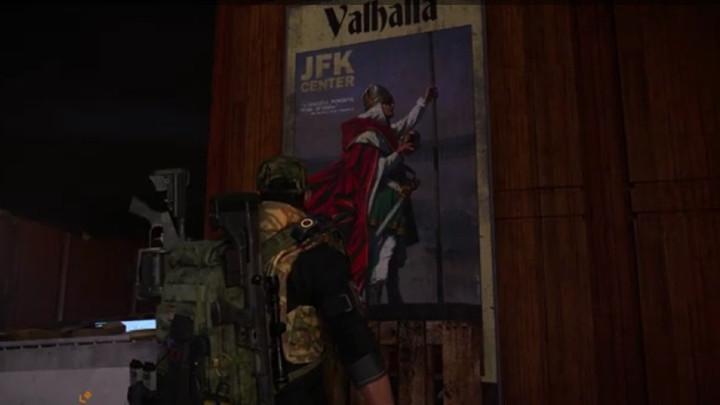 The poster can be encountered many times, its copies being placed in various places of JFK Center.

The subject of the poster was taken up in an interview for the Australian website Stevivor, in which Darby McDevitt, narrative director at Ubisoft Montreal, spoke. As he claims, it was a simple coincidence.

He also says that at the time the game probably didn't even have a title and points out that the image from the poster doesn't refer to Assassin's Creed: Valhalla.

Once you play Valhalla, our game, youll see that theres nothing to do with the poster that was in The Division 2.