Activision has delayed the new season of Call of Duty: Warzone in order to focus on patches. It's a good decision, considering the bad reception of the bugged Pacific map. The information about the postponement was published on the game's official blog. The launch of the second season is now scheduled for February 14 (originally the debut was to take place on February 2). 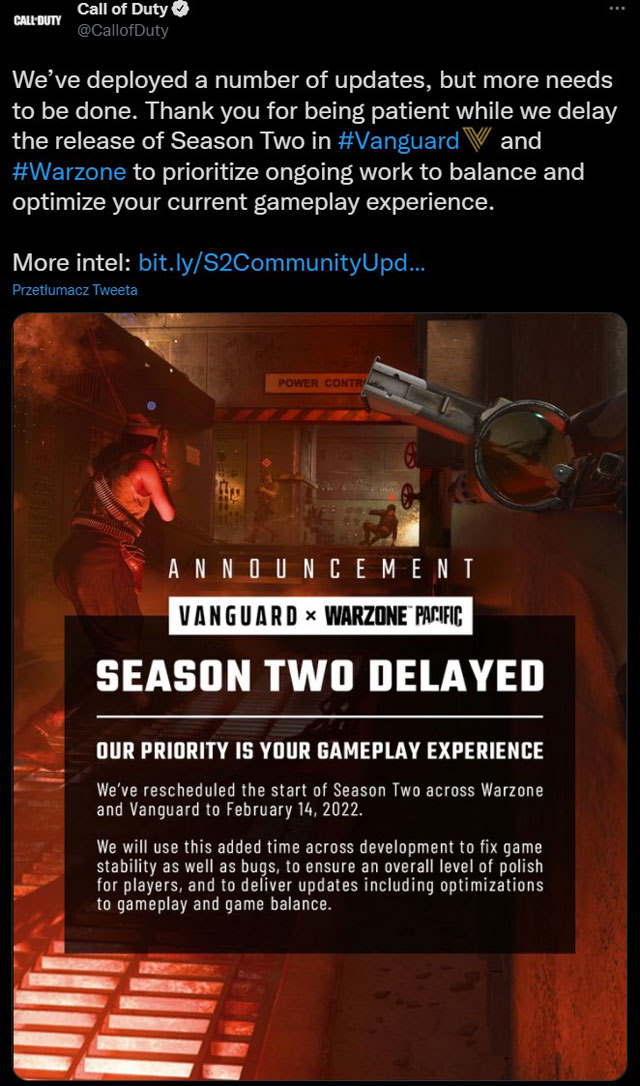 Warzone players are no strangers to bugs, but this is only the first time a season launch has been delayed for this very reason.The publisher emphasized in the announcement that the extra time will be spent on fixing bugs and improving stability and gameplay balance. The goal is also to increase the overall level of refinement of Vanguard, Black Ops Cold War, and Modern Warfare to give players the best possible gameplay experience.

Perhaps the decision was influenced by the ongoing strike at Raven Software (responsible for, among other things Warzone). Actions taken by company's employees are the result of earlier dismissal of 12 people from the QA department. The layoff took place a few days after the release of the first season of Warzone Pacific.