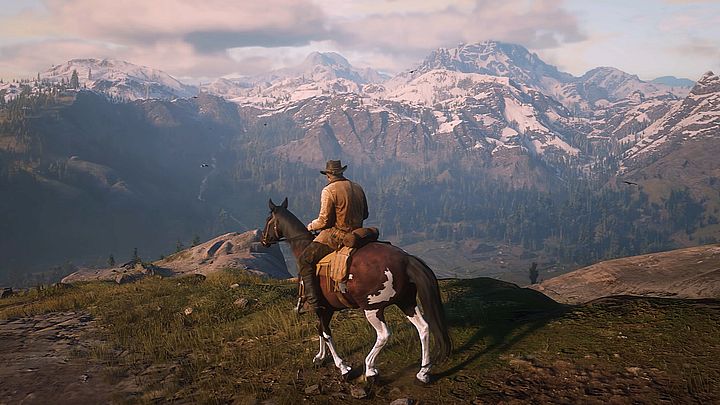 When you expect views like this, or even better on your PC...

Less than two weeks ago, Red Dead Redemption 2 was finally released on PC. Unfortunately, contrary to the expectations of fans, Arthur Morgan did not rode into PCs with a fresh coat and impeccable hairstyle. RDR 2, despite being still one of the best titles in recent years, had trouble with soft landing on the PC. Apart from a lot of errors (more on which later), the title turned out to have an incredible hunger for resources. As a result, it was only a matter of time before a player appeared, who would test the title on the lowest possible details (...and dig a bit in the game files). Before I write anything else, please take a look at the material below.

As you can see, "this is not a drill!" Red Dead Redemption 2, after a few minor changes in the game files, can run in a special "potato mode". It makes the characters look like a combination of Grim Fandango 3D models and Slender Man. The environment also changes radically, although we are able still to distinguish a mountain from a valley. Other interesting facts: horses lose all details and stagecoaches disappear from the game. Although in the latter case it is worth to notice, that their wheels remain in their place.

Let's get down to the more serious stuff. With the game's release on PC, the Internet was flooded with a wave of comments from annoyed players, who were struggling with new technical issues every now and then. Rockstar of course got down to work quickly and started a strenuous fight against the glitches. The battle is still going on and it seems that it will not end too soon. Recent reports that the game linked the metabolism of the main character with the number of displayed fps also failed to bring glory to the devs. However, we are still talking about a great title, which after fixing most of the bugs will probably be one of the most beautiful (and best) PC titles for years.

Red Dead Redemption 2 was released on Xbox One and PlayStation 4 on October 26, 2018. It took Rockstar over a year to port the title to PC.